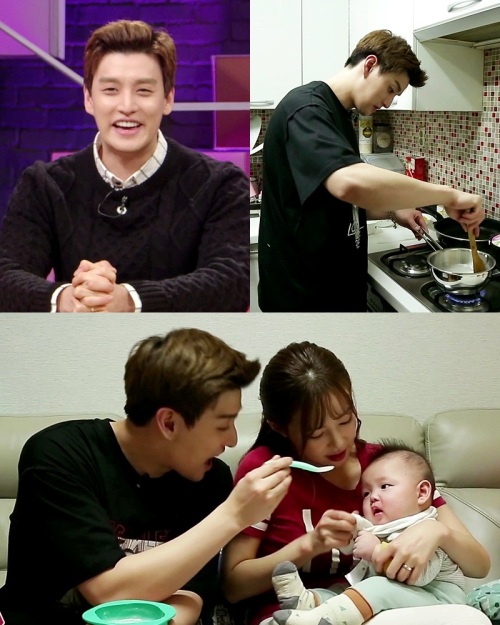 On the upcoming episode of “Men Who Do Housework” on January 3, UKISS’s Eli will be appearing on the show and will reveal his life with his son and wife for the first time on television.

During the show, Eli shows that he’s just the ideal husband and father. He may be an idol on stage, but he’s also a trustworthy man for his family.

When they go grocery shopping together, Eli skillfully holds his son in a blanket and even carries his wife’s bag. Moreover, his affectionate gestures with his wife make the people watching from the studio squeal of cuteness.

Eli also attempts to prepare baby food for the first time. With the help of the internet and blogs, he succeeds in making his first rice baby food. Although he seems perfect, he does silly things like taking out the scale to measure 25 grams of rice, and using the baby bottle to measure water. These cute sides of his are making the fans anticipate his appearance on the show even more.

ukiss
Eli
Men Who Do Housework
How does this article make you feel?