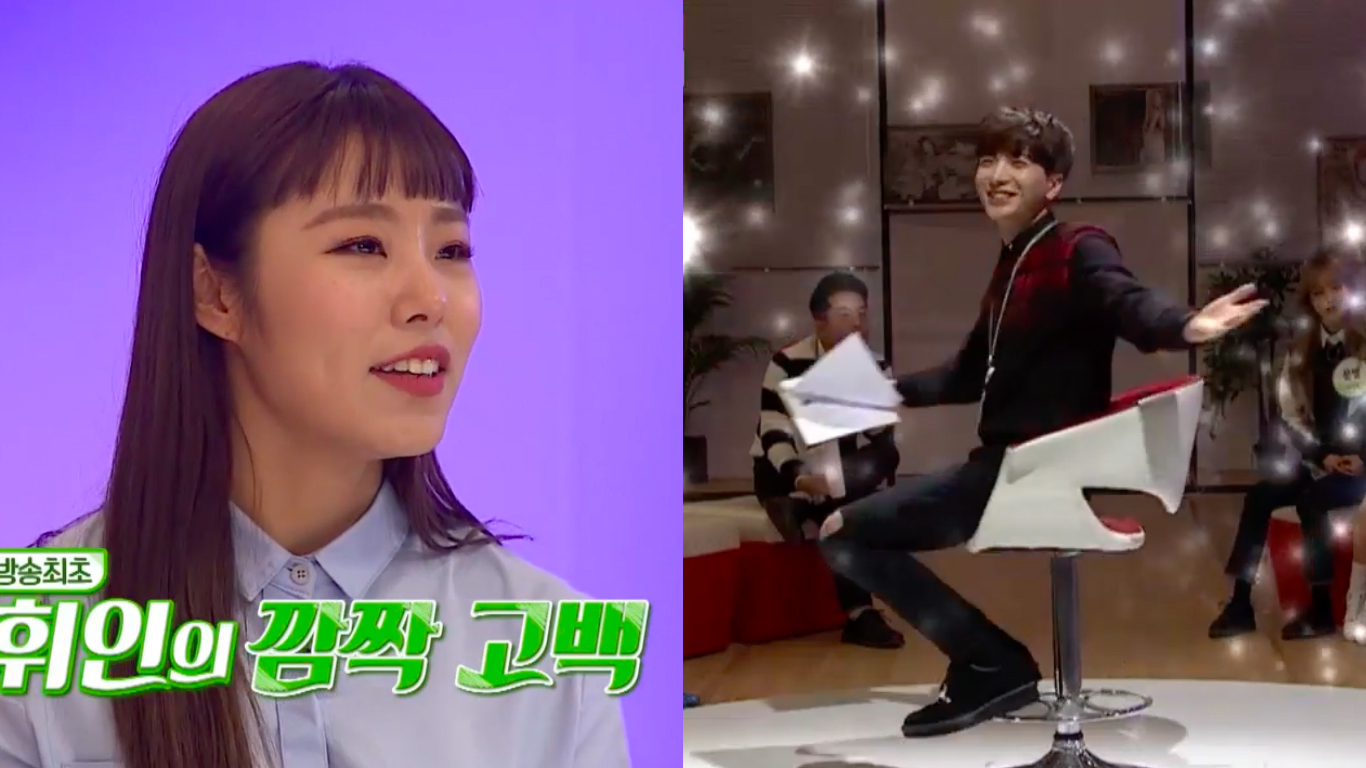 During MAMAMOO’s recent guest appearance on the TV Chosun show “Idol Festival,” host Leeteuk was over the moon when Wheein shared how much of a fan she was of Super Junior!

After Moonbyul said her ideal type was Leeteuk’s label mate Yunho, Leeteuk jokingly asked if there was anyone who would choose him. “I’ll assume there’s not,” he added with a laugh.

Wheein then jumped in to say, “This is the first time I’m talking about this on television, but I was crazy about Super Junior when I was in elementary school.” 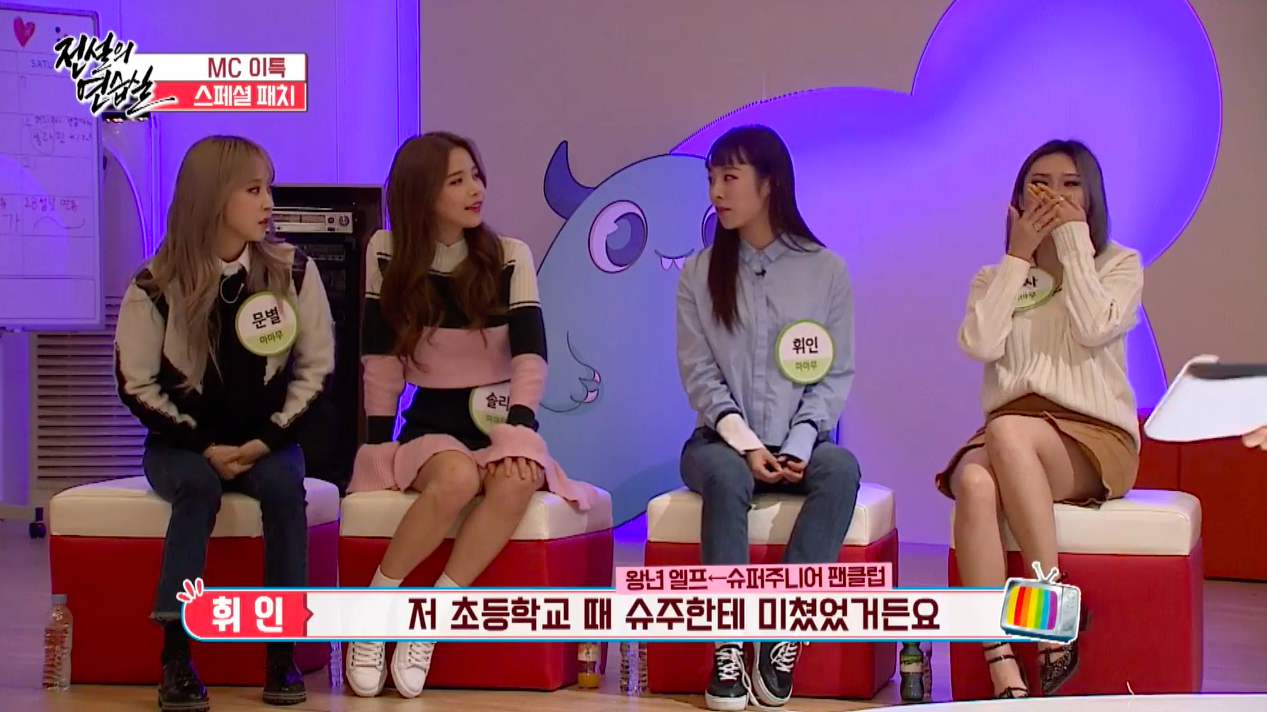 “I made a folder for each of the members on my minihompy and collected their photos in them,” she went on to say, referring to her personal page on the formerly popular Korean social media site Cyworld. “I even know their real names too.”

Leeteuk was thrilled by this, and spun around in his chair with his arms out while grinning widely and saying his real name, Park Jung Soo. Wheein then revealed that she was even friends with Leeteuk’s father on Cyworld, as he had accepted friendship invitations from any fan who sent them.

Watch the clip below from the January 2 episode of “Idol Festival”!