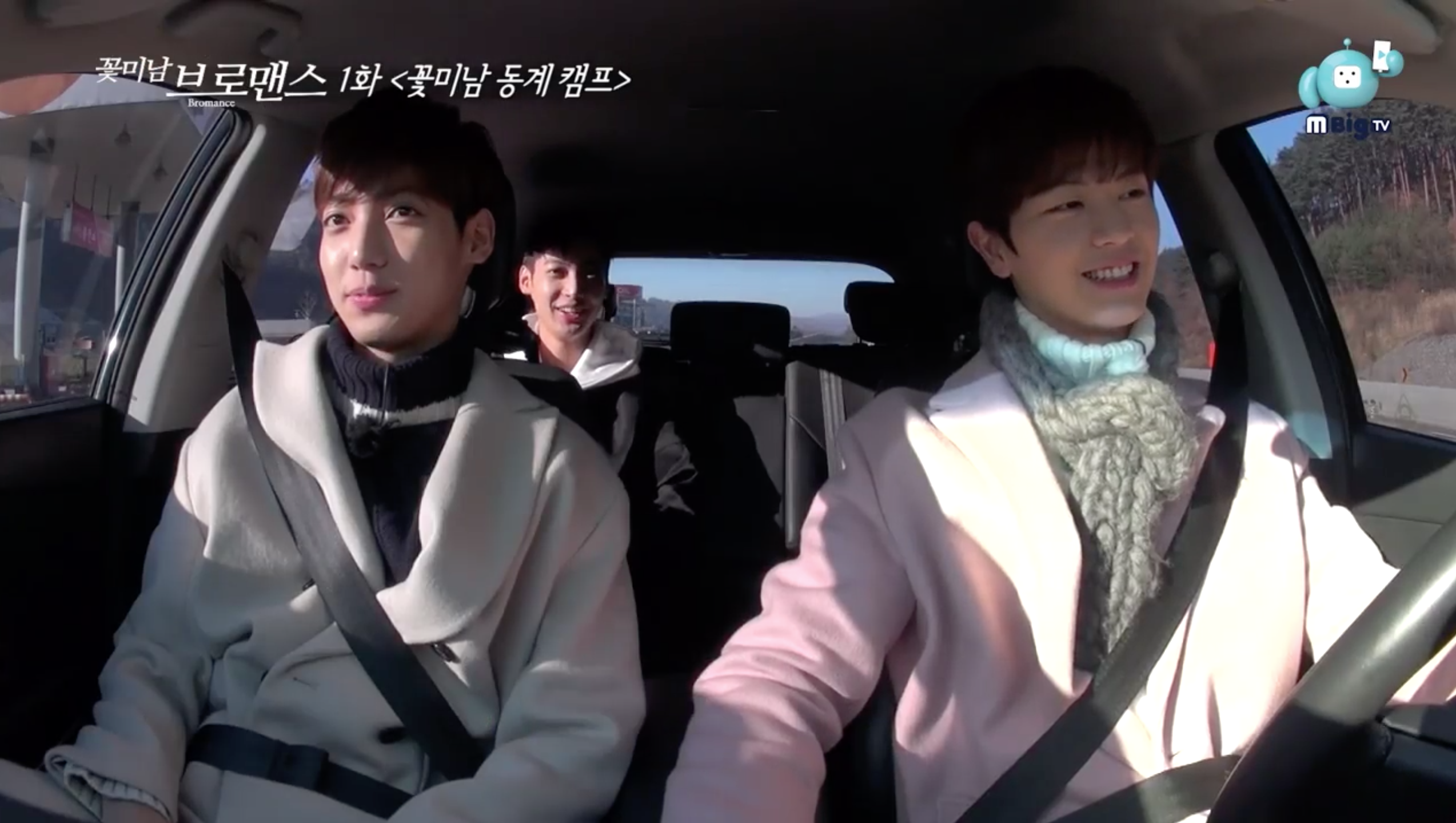 On January 3, BTOB’s Yook Sungjae and the twins from Boyfriend, Youngmin and Kwangmin, appeared on their first episode of “Celebrity Bromance.”

The trio are all part of the “95-line,” meaning they were born in 1995, and meet up frequently along with other idols who were born in the same year.

Their “Celebrity Bromance” appearance began with the trio in Pyeongchang in the northern part of South Korea. As the 2018 Winter Olympics will be held there next year, much of the recommendations that the idols search for are related to winter sports (Youngmin and Kwangmin hilariously veto Yook Sungjae’s suggestion to go fishing), but in the end the trio decide to head to a ranch. 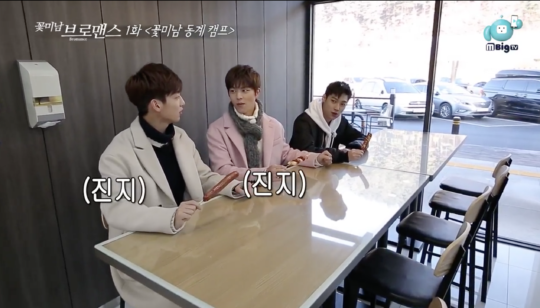 In the car ride, the three of them shared all the memories they’ve made together. Yook Sungjae said that they first interacted in the “95-line” group chat before deciding to meet up in person after they wrote their college entrance exams. However, Yook Sungjae also revealed that he thought their first meet-up was very boring, since they played nothing but board games.

Youngmin and Kwangmin reminisced about the time that Yook Sungjae stayed over at their family’s house and snored so loudly that Kwangmin couldn’t sleep. Even more unfortunately (but hilariously), the twins’ father noticed that his son wasn’t sleeping and told him to come into a different room to sleep. Embarrassed, Yook Sungjae said, “I don’t think I can ever go to your house again.”

Although the trio have lots of memories together, they were mock-offended when the other couldn’t remember their birthday. Youngmin and Kwangmin at least hit it close with the month, debating back and forth whether Yook Sungjae was born in May or June, but Yook Sungjae had to start in January and guess each month in turn until he finally hit upon the right answer (April). He also couldn’t remember how many minutes the twins were born apart (six) and Kwangmin said, “Is there an eraser in your head?”

You can watch the first episode with English subtitles here.