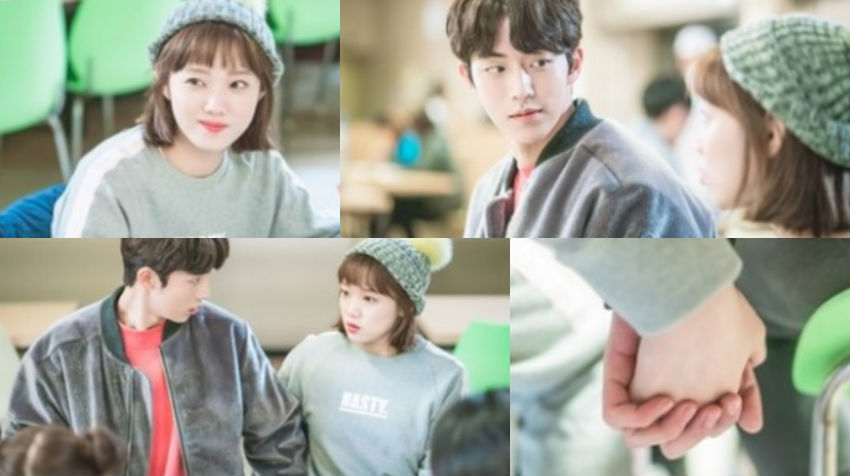 The released stills show Bok Joo and Joon Hyung as a couple, holding hands underneath a cafeteria table. While Bok Joo looks a bit concerned at holding hands secretly in front of their friends, Joon Hyung looks at his girlfriend affectionately. The images were also revealed during the preview video for the upcoming episode.

The scene was filmed on December 24 in Incheon. According to a report, both Nam Joo Hyuk and Lee Sung Kyung arrived to the set early in the morning and wished all the staff on set a Merry Christmas.

Chorokbaem Media stated, “Thanks to the bright, youthful energy on set, we were able to enjoy filming despite it being busy time of year. Viewers will be able to see the newly formed couple slowly reveal their relationship to the public in the upcoming episode.”

Meanwhile, catch the first episode below!