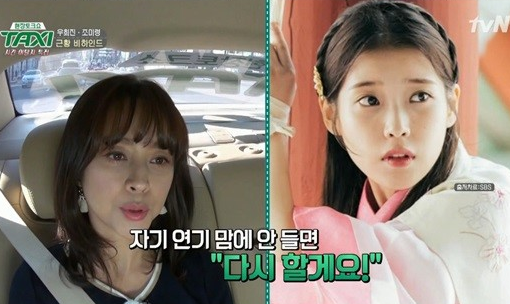 Woo Hee Jin explained, “I started my acting career earlier than her, but I was able to learn a lot from her. IU is very sincere and full of spirit. Whenever she wasn’t satisfied with her own acting, she would say, ‘One more time please.’ and do it well. When I was young, I wasn’t brave enough to say those kinds of things.” 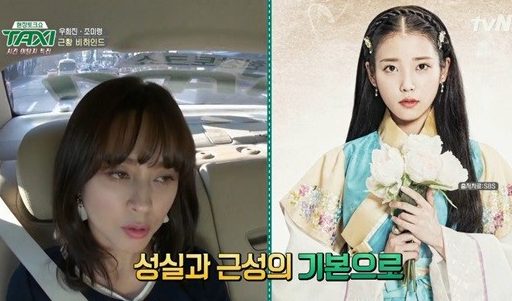 She also complimented IU on things outside of acting, saying, “I was invited to her recent concert. The day that I went was the last day of the concert. It was originally supposed to last two hours, but she did it for four hours. She did everything that the fans requested.”