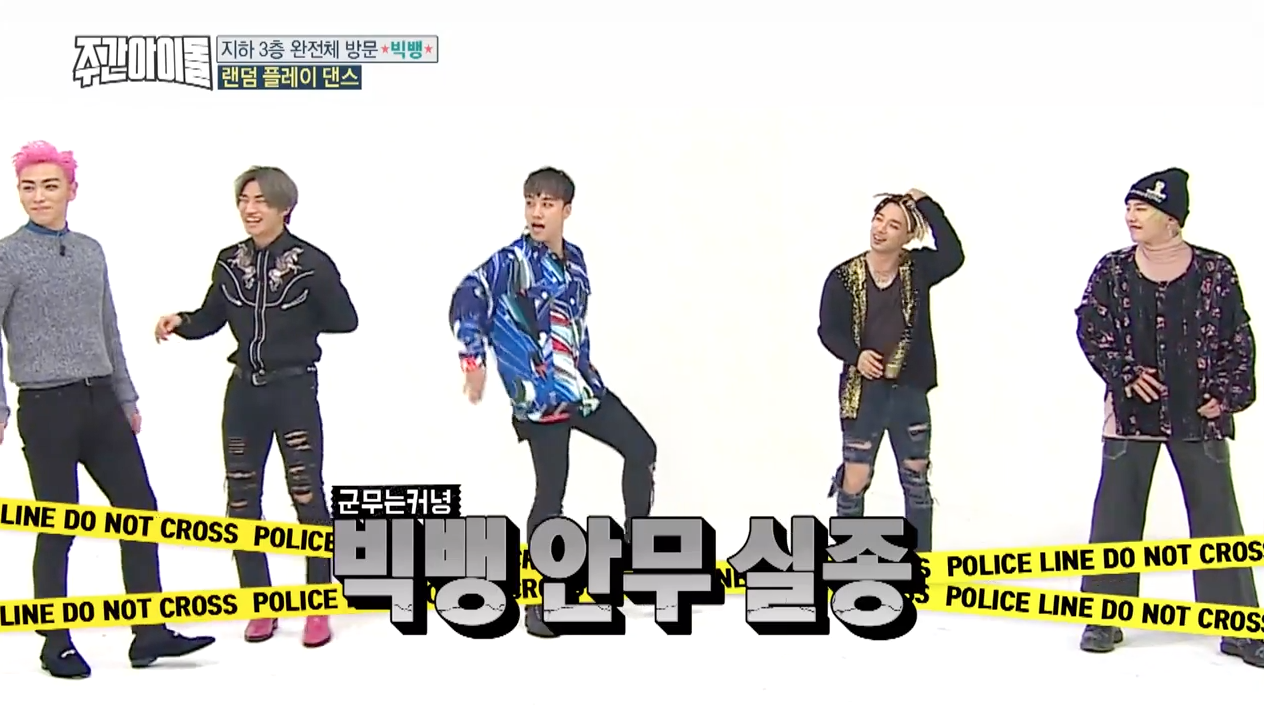 Watch: BIGBANG Tries To Pull A Fast One With Their Random Play Dance On “Weekly Idol”

BIGBANG made their presence known on a recent episode of “Weekly Idol” but quickly found out that they couldn’t easily trick MCs Jung Hyung Don and Defconn!

The members started off the show smoothly, cracking up the MCs as they introduced each other in their own special ways. However, it soon came time for the Random Play Dance. 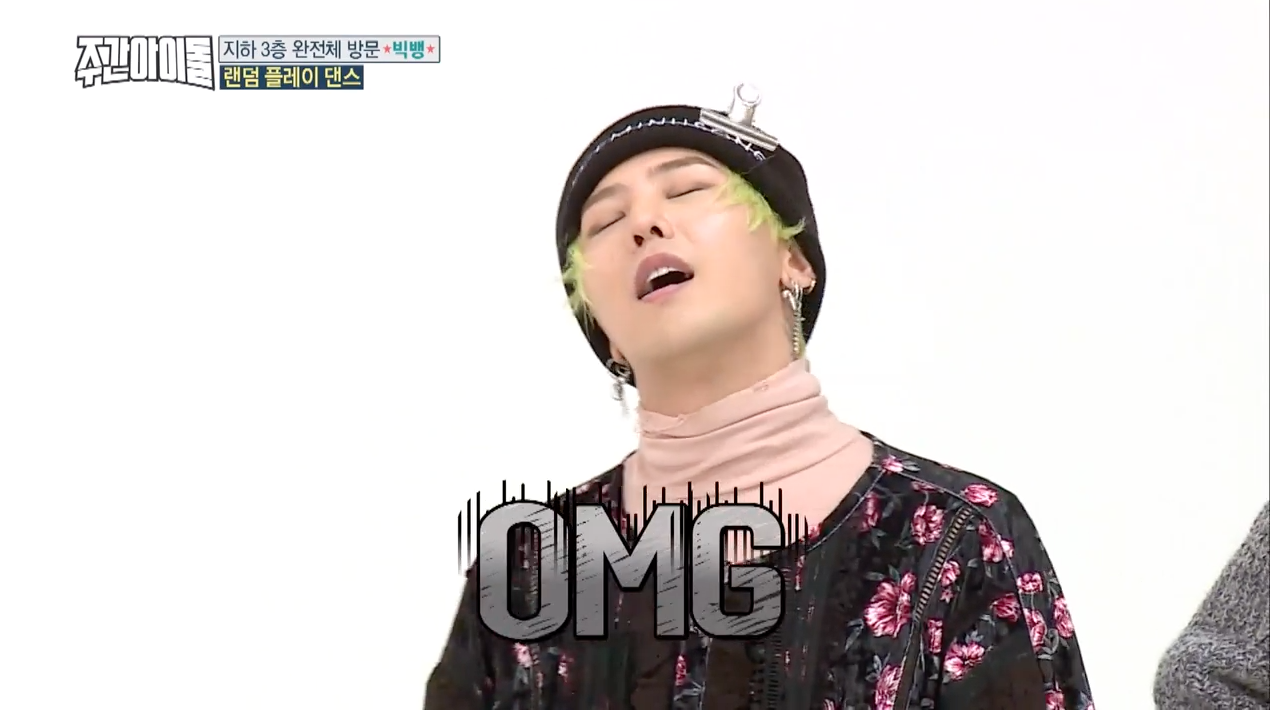 When asked if they had watched this segment of the show before, Taeyang answered yes, but quickly added, “We’ve been doing lots of performances for our tour but during our tours, we don’t actually perform the choreography and just play on stage with the fans,” showing his concern about doing well. The members were reminded that if they fail, they will get hit with the rubber hammer, which brought up bad memories for G-Dragon. 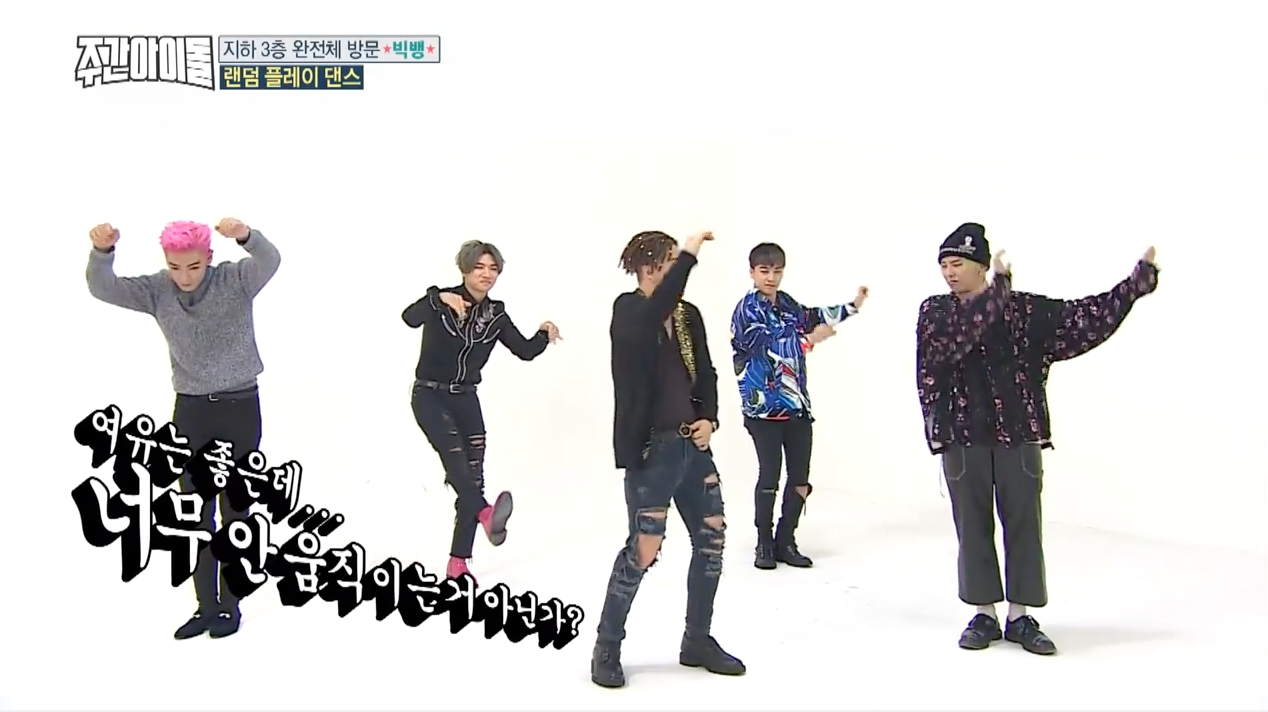 The challenge started off with their newest singles and while the members looked good, the MCs wondered if they were taking it too casually and just feeling the groove of the song, instead of dancing to the choreography. The members tried to pull a fast one, saying that they were using the “tour” version of the choreography -although “Last Dance” really doesn’t have a choreography- but nonetheless, the first attempt resulted in a failure and Daesung opted to take the fall and get hit with the rubber hammer.

More hilarity ensued throughout the other attempts, as the members tried to say Seungri was wrong when he was right and struggled with their many songs, although T.O.P seemed to particularly enjoy his parts when they came up in the song. 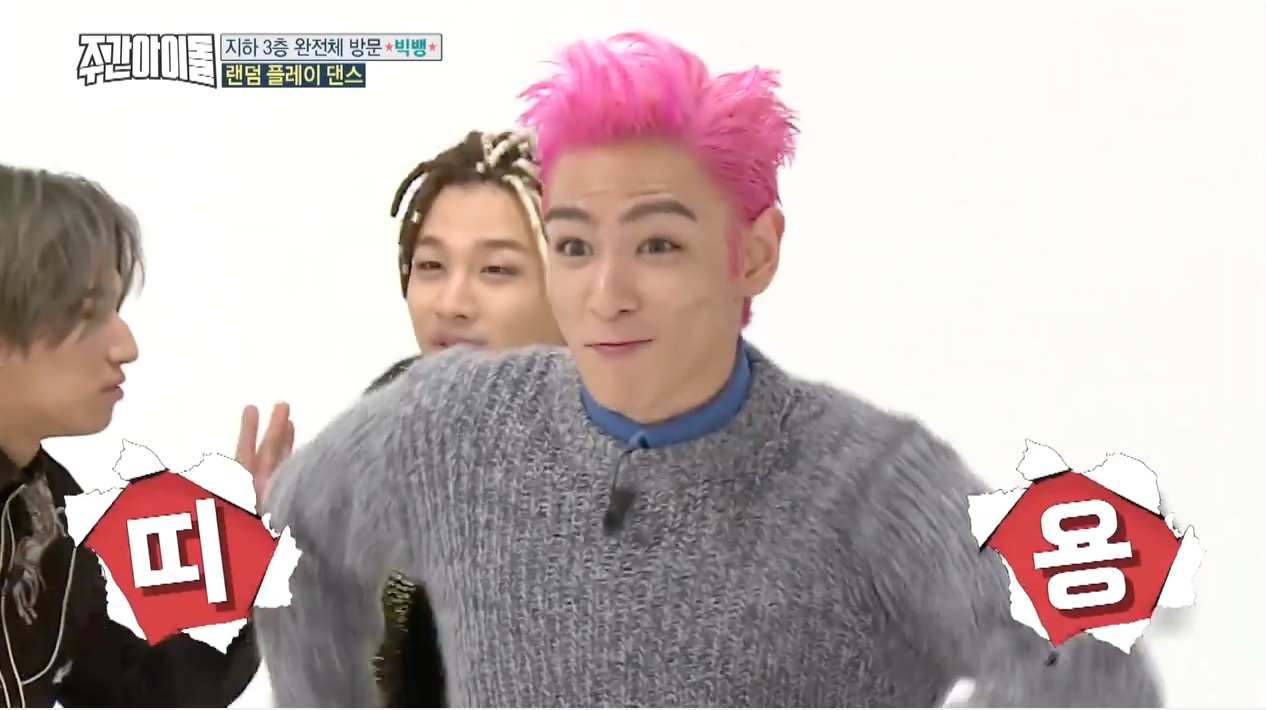 How did the group do? Check out the hilarious clip below!

BIGBANG
Weekly Idol
How does this article make you feel?