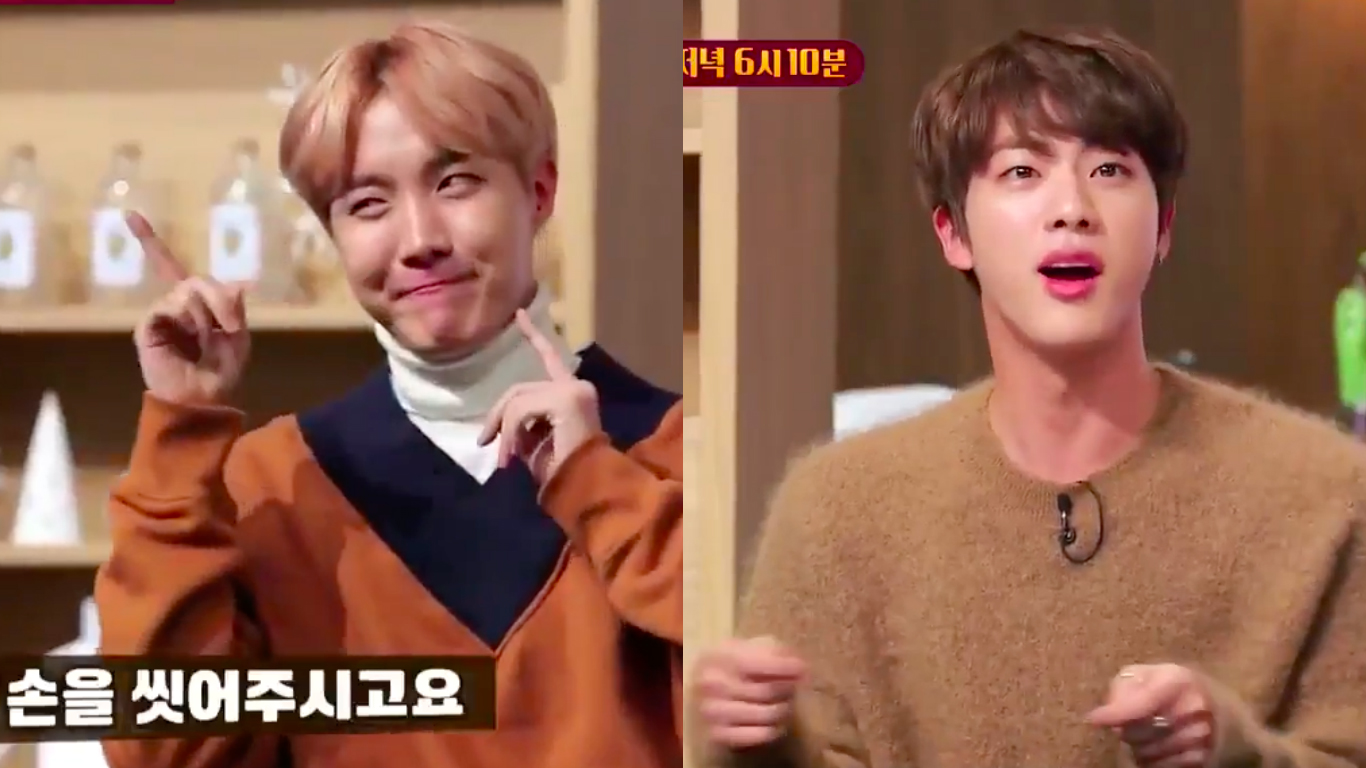 BTS member J-Hope is putting his dancing skills to a unique use on the next episode of the cooking variety show “Baek Jong Won’s Three Great Emperors”!

J-Hope and Jin will be joining the cast on the January 7 episode of the show, and SBS has now shared a sneak peek of what we can expect from their guest appearance through a pre-release video. In the clip, the hosts excitedly announce that the guys are going to show us their “cooking dance.”

As “Fire” plays, J-Hope then performs his “cooking dance” as he narrates the new dance moves, complete with washing your hands, putting on plastic gloves, and cutting things up. As the “Fire” chorus comes on, he then pretends to be frying something in an imaginary pan, before he passes it over to Jin, who excitedly mimes putting pepper on the dish and feeding it to host Lee Si Young.

Watch the preview clip below!

The episode of “Baek Jong Won’s Three Great Emperors” featuring Jin and J-Hope will air at 6:10 p.m. KST on January 7 on SBS.