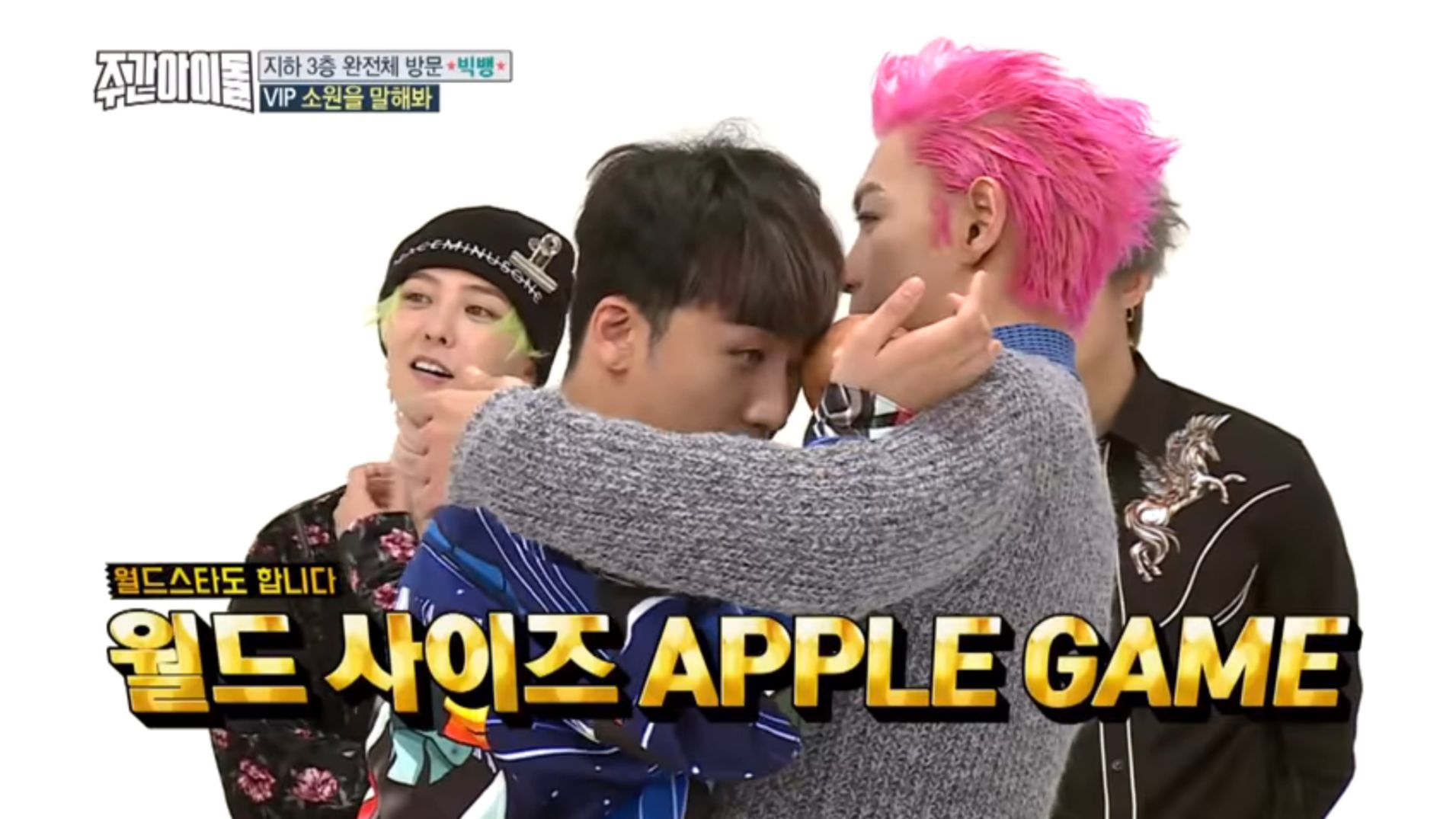 Watch: BIGBANG’s T.O.P And Seungri Hilariously Prove How Close They Are On “Weekly Idol”

During the January 4 episode of “Weekly Idol,” BIGBANG appeared and as many fans anticipated, they took part in the popular “apple game” segment.

T.O.P and Seungri were paired up, and as they stepped up to play, Jung Hyung Don asked, “So why are you guys awkward with each other?” 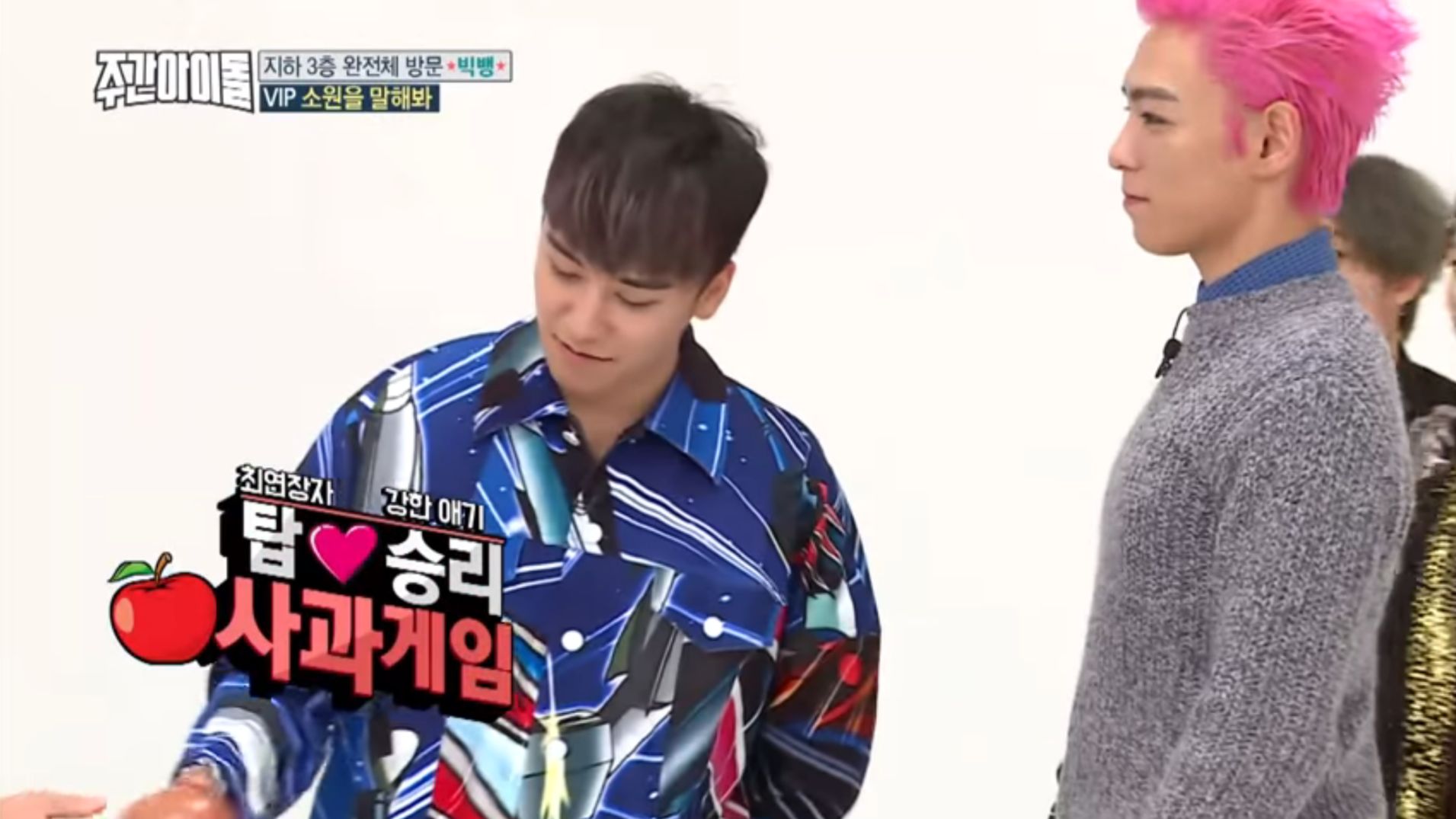 Both of them immediately denied the claim in unison, and T.O.P added, “I think the other members are just joking around when they say that.”

As a follow-up question, Jung Hyung Don asked, “Do you guys contact each other regularly?”

Both members replied at the same time again, but their answers were different this time. While Seungri said they did, T.O.P hilariously replied, “We don’t contact each other.” 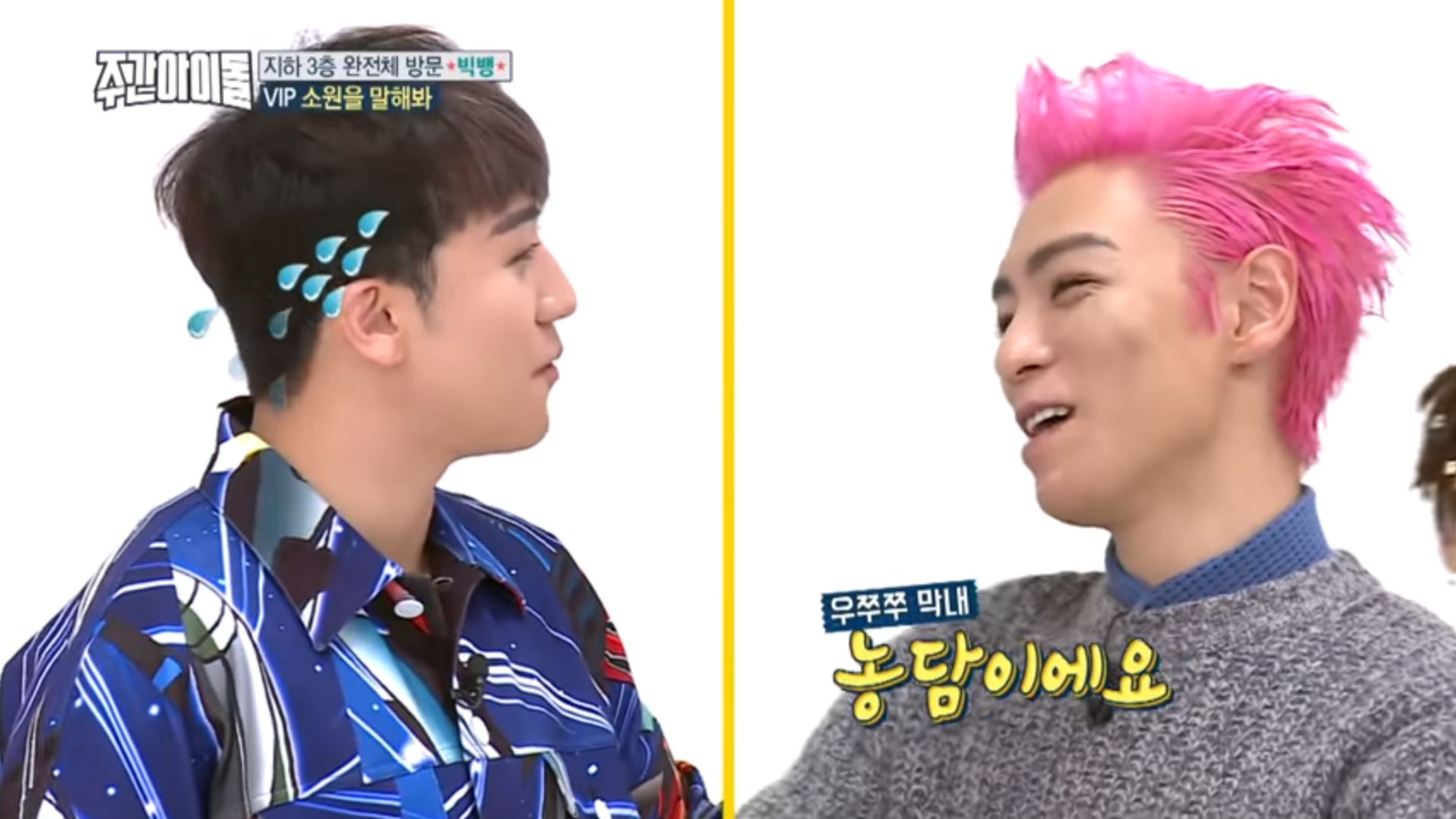 T.O.P immediately assured Seungri that he was only joking, and they went on to play the game.

The apple was placed between the members’ faces, and it was Seungri’s mission to move it all the way down. 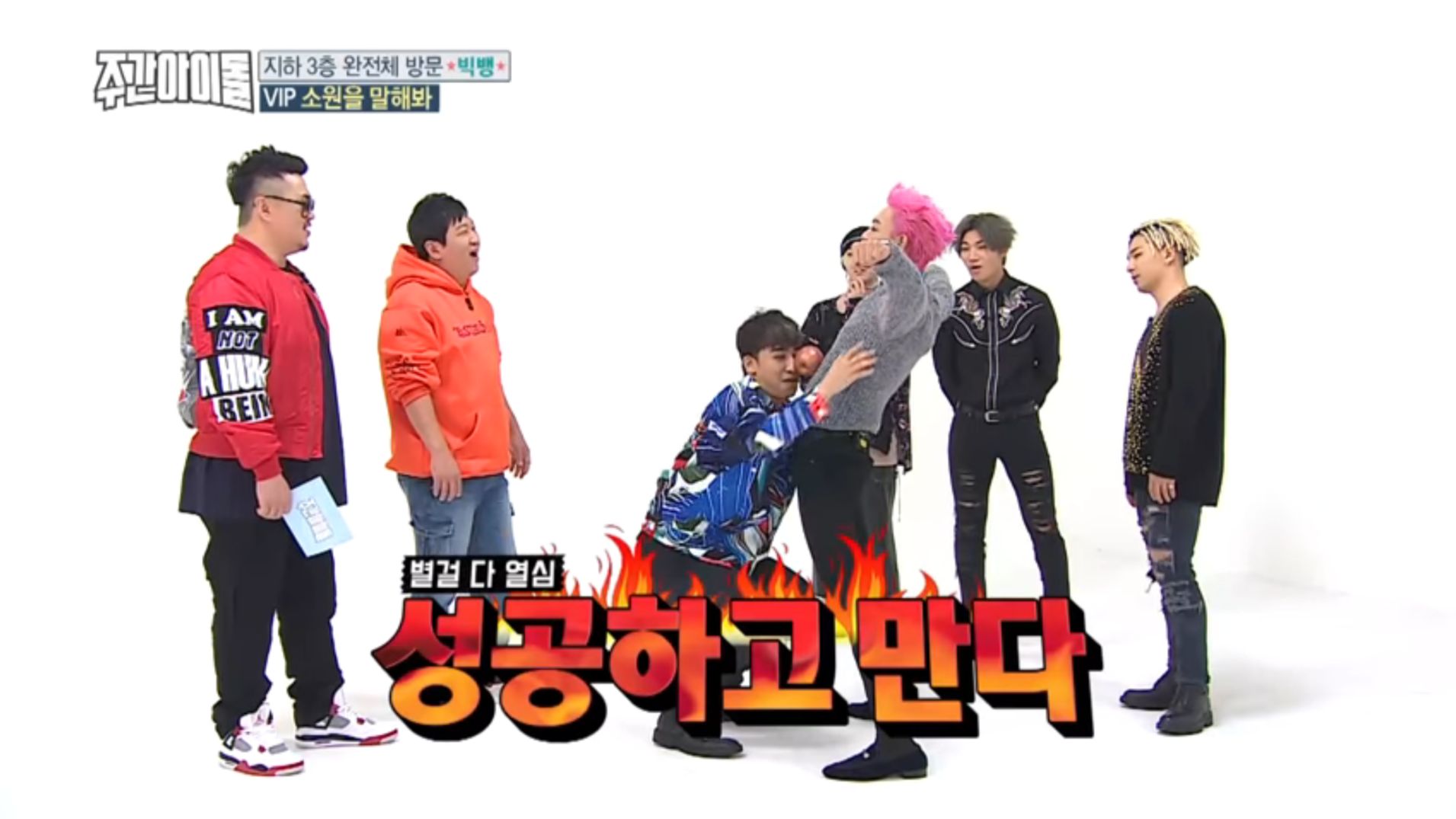 After succeeding, Seungri and T.O.P celebrated with a high five as Jung Hyung Don declared, “T.O.P and Seungri have proven they do not have an awkward relationship.”

BIGBANG
Seungri
Weekly Idol
T.O.P
How does this article make you feel?