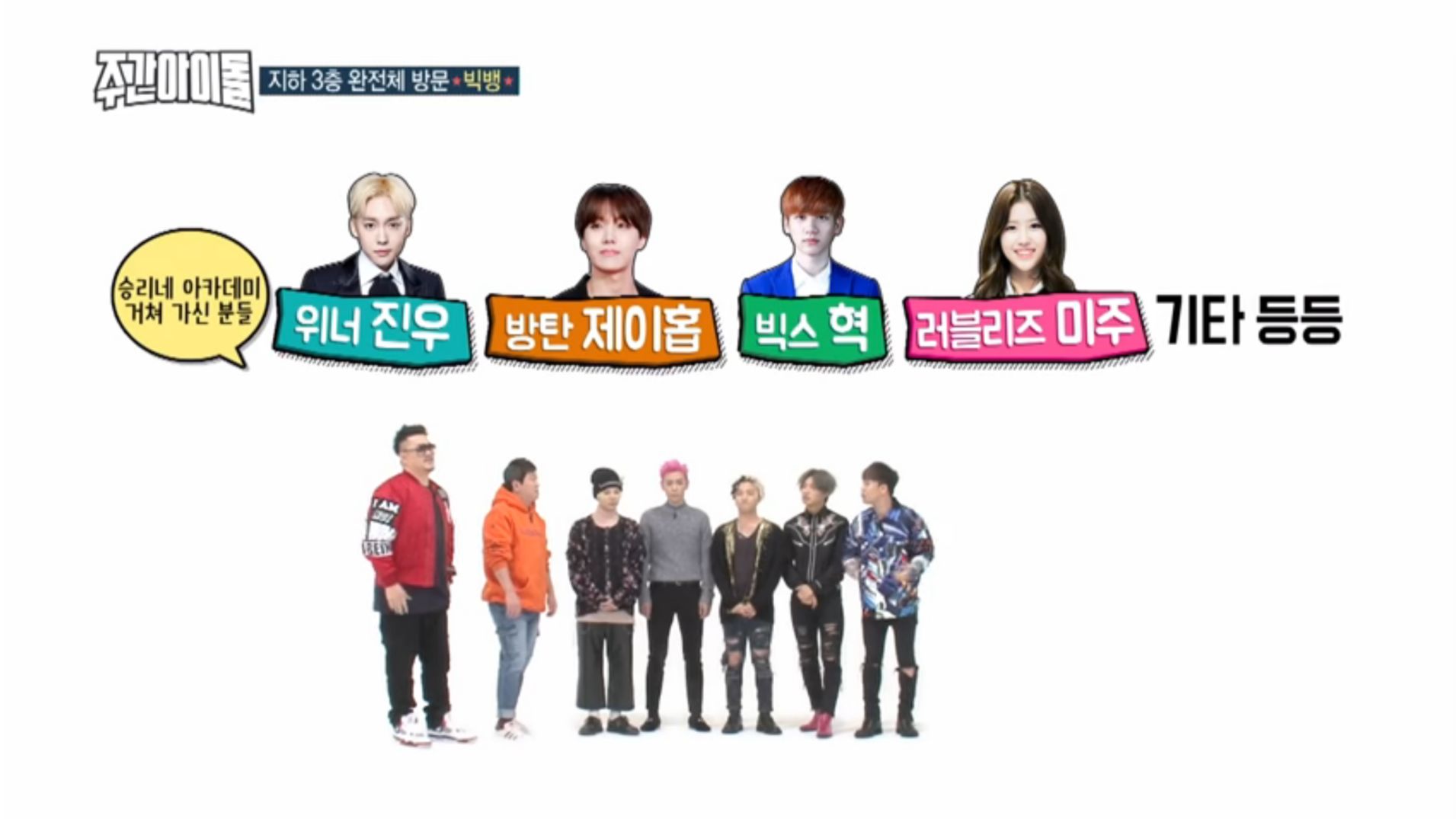 During their appearance on the January 4 episode of “Weekly Idol,” BIGBANG talked about various topics, including member Seungri’s endeavors as a businessman.

After entering in the most ostentatious way possible, Defconn asked Seungri about his academy business. Seungri started off by saying, “I ran a vocal and dance academy, which was responsible for creating many idols.”

When asked for details, Seungri briefly answered, “There was a member of Teen Top and a variety of other junior singers.” As he talked, a caption appeared, listing several other students, including WINNER’s Kim Jinwoo, BTS’s J-Hope, VIXX’s Hyuk, and Lovelyz’s Mijoo. 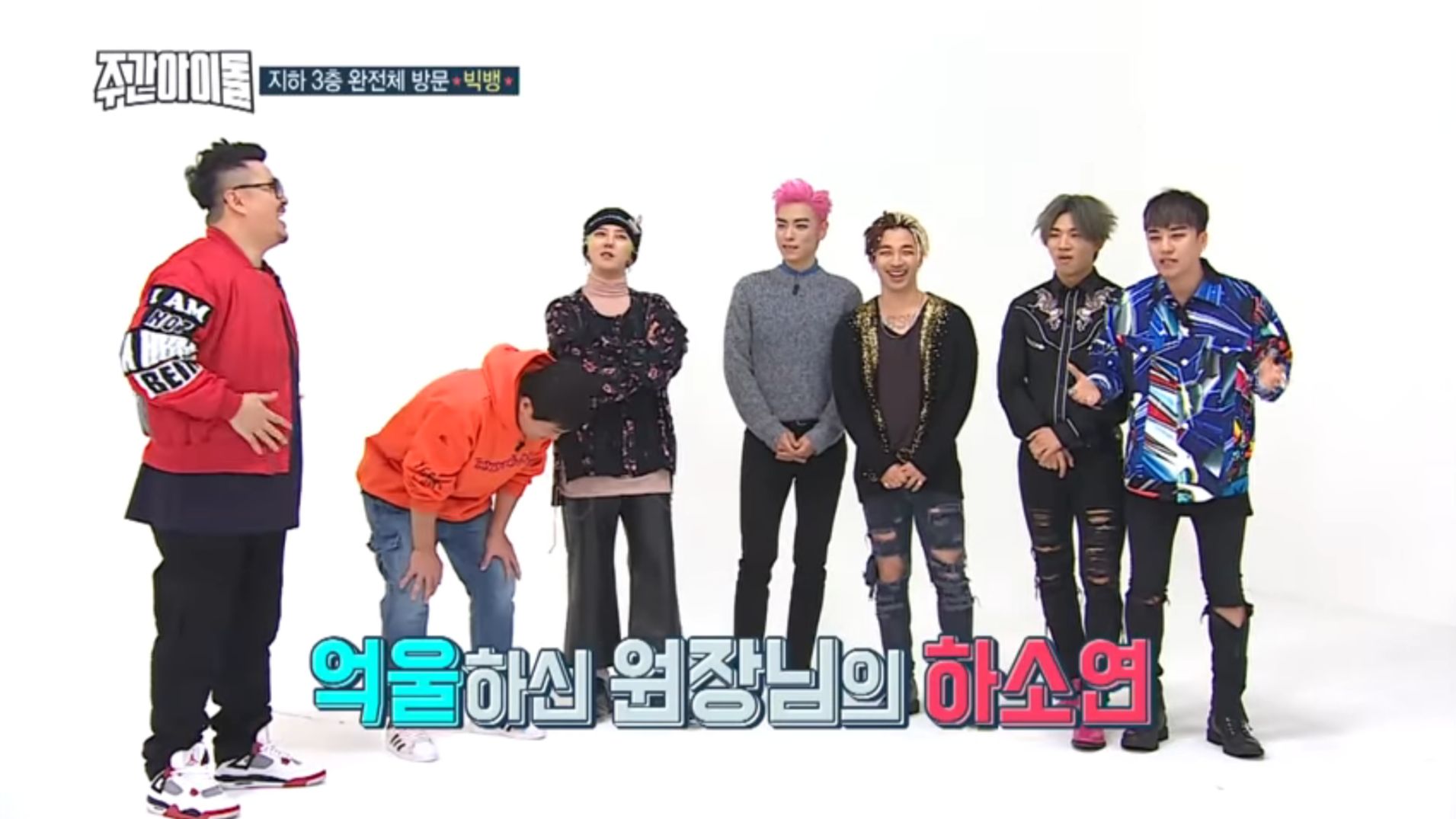 Seungri continued on by revealing, “A little while ago, I closed it down because there was a bit of an issue. One of the teachers became romantically involved with a student. I got a call from the student’s parent, complaining that their daughter wasn’t returning home. What was I to do? Honestly, I wasn’t directly running the academy, so I closed it down to prevent a huge misunderstanding from happening.”

After hearing the surprising story, Jung Hyung Don asked the other members if they knew about it. They all answered it was their first time hearing about it, and Daesung clarified, “We only knew that he was closing the academy down.”

The members also tried their hand at the show’s classic Random Play Dance, with interesting results.

BIGBANG
Seungri
Weekly Idol
How does this article make you feel?