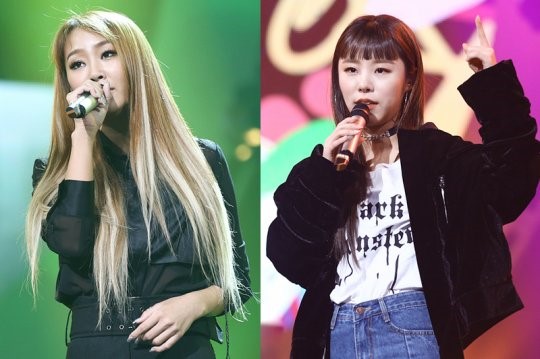 SISTAR’s Hyorin and MAMAMOO’s Wheein will face off on MBC’s “Duet Song Festival.”

SISTAR’s Hyorin has proven her status as the queen of girl groups with her explosive vocals and husky voice, crushing her appearance on “Duet Song Festival” last summer with her female partner as they created a trendy “girl crush duo” performance.

MAMAMOO’s Wheein appeared in the first episode of the show, which was the Chuseok special pilot episode. She beat out industry seniors and came out on top with her energy and talent. She is said to have brought that same talent to the upcoming Lunar New Year special.

Calling herself a “Forefather of ‘Duet Song Festival,'” Wheein confidently stated she had come to dominate the stage. Both Wheein and Hyorin are said to have showered each other with praise, and were greatly interested in each other’s performance. 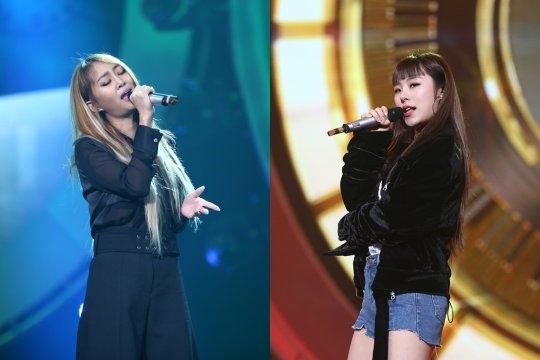 As both singers have been on the show before, it will be interesting to see how they do with brand new partners.

The battle between Hyorin and Wheein is set to be fierce, with even MC Sung Si Kyung commenting, “The competition is neck and neck today.” The episode of “Duet Song Festival” featuring SISTAR’s Hyorin and MAMAMOO’s Wheein will air on January 6 at 9:30 p.m. KST.