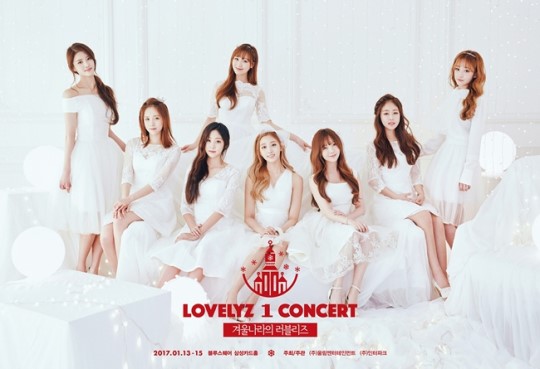 Lovelyz To Unveil A New Song During Their Upcoming Solo Concert

“Lovelyz in Winter Wonderland” is a series of concerts to be held from January 13 to 15, and will feature an all-live band as well as a sneak preview of the group’s new song. It’s a pleasant surprise for fans, as it has been nine months since their comeback in April last year.

Other treats to look forward to are performances of their hit numbers like “Hi~,” “Ah-Choo,” and “Destiny,” as well as songs that have not been performed onstage before.

Their agency, Woollim Entertainment, expressed, “Thank you to all those who will be attending Lovelyz’s first solo concert. Attendees will be able to get a first hand look at how the eight girls have advanced in their music through diverse stages. They will also be performing a previously unreleased song at the concert. Please look forward to it.”

Are you looking forward to a (possible) Lovelyz comeback?