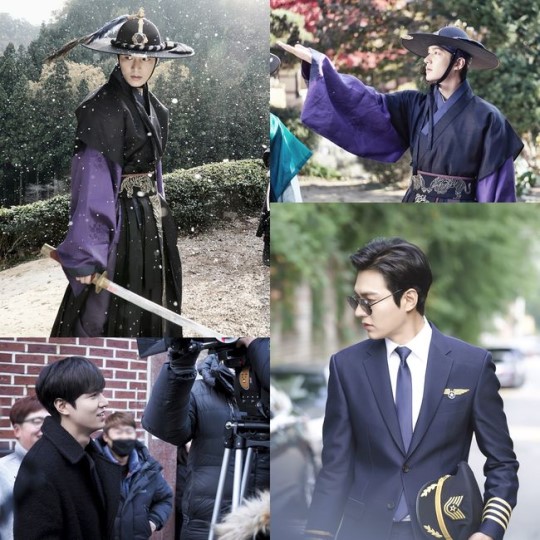 Even the staff of “The Legend of the Blue Sea” are becoming Lee Min Ho’s fans.

The actor, who plays Dam Ryeong and Heo Joon Jae in the drama, has earned praise for his superb action scenes from the drama’s martial arts director, Yang Gil Young.

Director Yang said, “I’ve worked with Lee Min Ho for ‘Faith’ and ‘City Hunter’ too, and every time I look at him, his athleticism is really outstanding. I also realized that he has a strong grasp of basic action skills.”

He continued, “It’s not just in Spain, but also places like the tea fields and the abandoned building. It’s all because of him that the action scenes were possible, and it’s also thanks to him that the viewers have been giving rave reviews.”

“Especially in Lee Min Ho’s case, since he’s so tall, it’s hard to use a double. Because of this, he does all the action scenes himself. The action scenes come alive, especially when he’s in the governor’s uniform and wielding his sword in flashy movements. It made me exclaim, ‘so cool,’ and ‘so handsome’,” said the director as he gave a thumbs up.

His charisma during action scenes may be overwhelming, but the actor is actually a moodmaker on set. In the making film released by the production team, he’s seen humming to himself as he waits, or laughing with his co-stars.

A staff from the drama was also full of praise for the actor, saying, “Lee Min Ho is an actor that is able to immerse himself instantly into all his scenes, including action scenes. Whether he’s filming or just waiting for his turn, he shows concern and courtesy to everyone, even staff whom he only sees once in a while. Together with his smile that brightens up the atmosphere, one can’t help but become his fan immediately.”

Wouldn’t it be awesome to work with this man just once?

Check out his popular drama below!