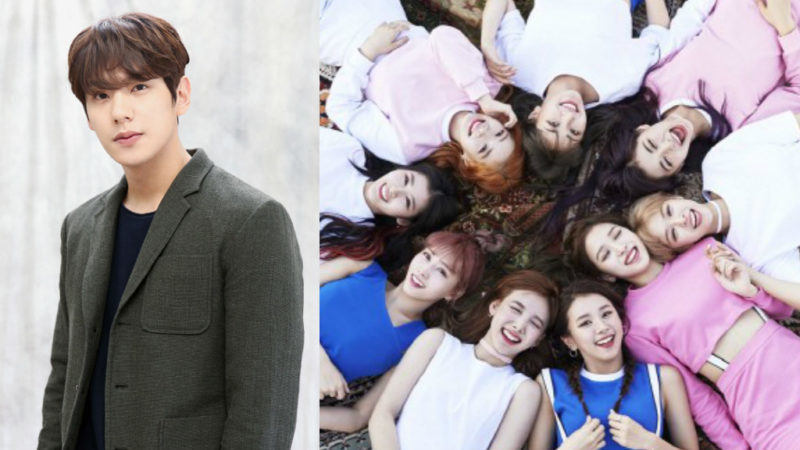 Kwak Si Yang will be taking on the role of an MC for the first time since debut.

“Lost: Time” is a variety program in which TWICE will search for missing fairytale items as they carry out various missions, while Kwak Si Yang is a gentle yet mysterious messenger. It’s a fantasy-themed variety program where the TWICE members will even transform into fairytale characters as they move around collecting hints and completing missions. It’s definitely something that other variety programs have never done before.

According to one of the filming staff, Kwak Si Yang had been very nervous at first during last month’s filming, but he completed it well as he carried out the games interestingly. It was also said that he had received a lot of affection from the staff for being a moodmaker on set.

Said the staff, “It’s hard to believe that it’s his first time. He showed extraordinary ability in keeping the flow going, and making appropriate comments at the right time in his deep voice, among others. He really showed off his MC skills, right up to his superb sociability.”

In a post-filming interview, Kwak Si Yang said, “I was really nervous at first, but I think I managed to pull it off smoothly with the encouragement and anticipation of many people. I made some mistakes, but people thought it was cute, so that’s fortunate. I will work hard to show more different sides of myself in future.”

A spokesperson from Starhaus Entertainment said, “It was a good opportunity, and Kwak Si Yang also expressed his desire to challenge himself, which is why he became the MC.” He also said that Kwak Si Yang is “an actor that challenges diverse fields and likes to work hard.”

“Lost: Time” will premiere on Naver TVCast on January 16, after which the first and second episode will be aired on JTBC on January 23 and 30.

TWICE
Kwak Si Yang
How does this article make you feel?