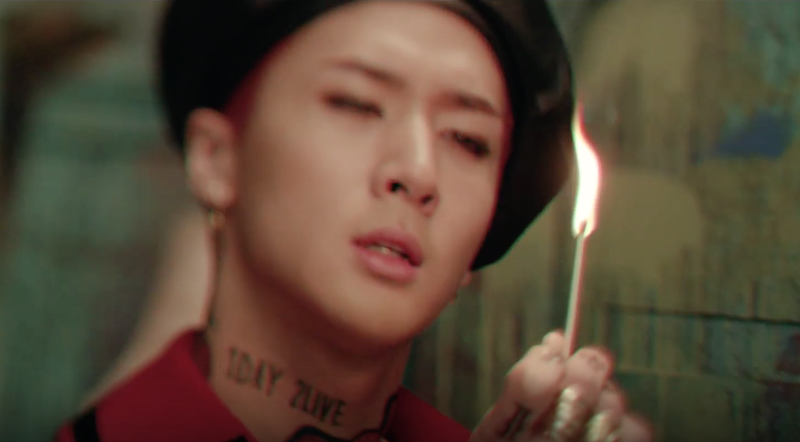 If you thought Ravi was destructive in the first MV teaser, think again! In his latest teaser video, released on January 7 at midnight KST, the rapper gets a little too happy with fire.

Check out the explosive teaser below and stay tuned for the full music video on January 9!

VIXX’s Ravi is getting us pumped up for his new release with a teaser video!

On January 6 at midnight KST, Ravi dropped the teaser video for the MV of his upcoming track “Bomb,” which features rapper San E. The track is off his upcoming mini album “R.EAL1ZE,” which is due out on January 9.

In the video, Ravi and San E live it up in luxury, and Ravi gets artistic (and destructive) as he covers the walls and artwork in paint, as well as shows off his shirtless self once again. Get a taste of what we can expect from “Bomb” in the official teaser below!

VIXX
San E
Ravi
How does this article make you feel?