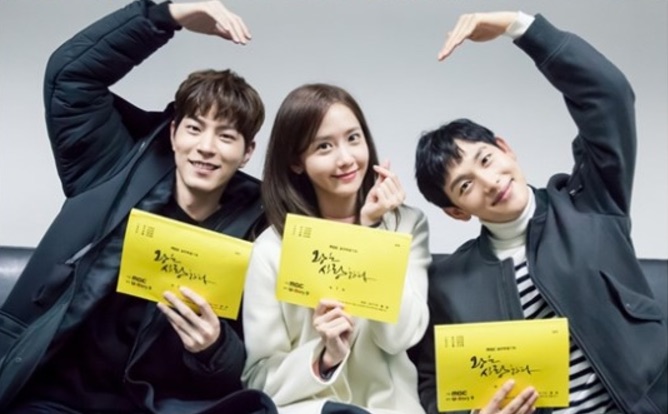 “The King Loves” focuses on the main three characters’ stories of love and ambition set in the Goryeo Dynasty. The drama will be 100 percent pre-produced which means they will finish filming before broadcasting.

The script read-through was reported as being passionate and jovial. Child actors, who will portray the lead characters’ younger counterparts in the drama, attended as well.

A source from the production company U-Story 9 said, “Everything fell perfectly into place during the exciting first script read-through due to the actors’ burning passion and skills in addition to Kim Sang Hyeop PD’s detailed directing. The actors and production staff are all working hard to create a good drama. We will greet you as the most highly anticipated drama of 2017.”

“The King Loves” is based on a novel of the same name that incorporates fact and fiction. The drama is expected to air sometime in 2017.