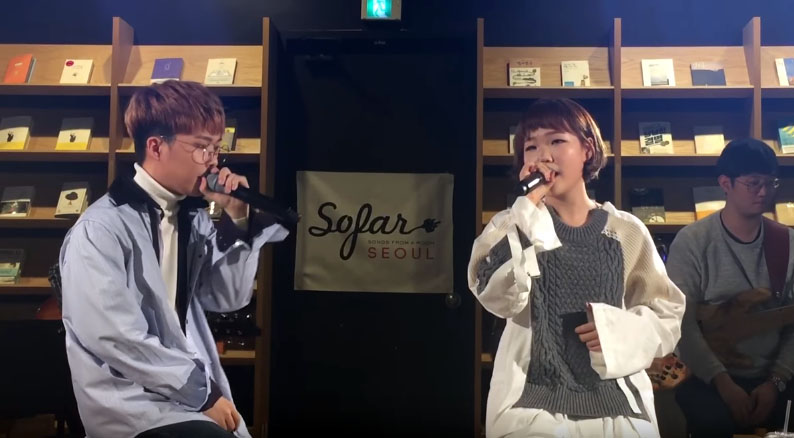 Apparently BLACKPINK isn’t the only ones who make it “whistle like a missile”!

In the new version, the bold lyrics of the original are cleverly contrasted with Soohyun’s soft singing voice, bringing almost an entirely different feel to the song. Moved by the music, Chanhyuk provided some impressive dance moves, as well as his usual on-point harmonies.

The cover was a part of the duo’s secret set for the ongoing “Sofar Sounds” concert series at Seoul’s Booktique Bookshop. Previous artists who have been invited to perform include Eric Nam, the Ji Ho Lee Trio, and former “Superstar K” contestant Hyun Jin Ju.

Check out Akdong Musician’s full cover of “Whistle” below!

BLACKPINK
AKMU
How does this article make you feel?