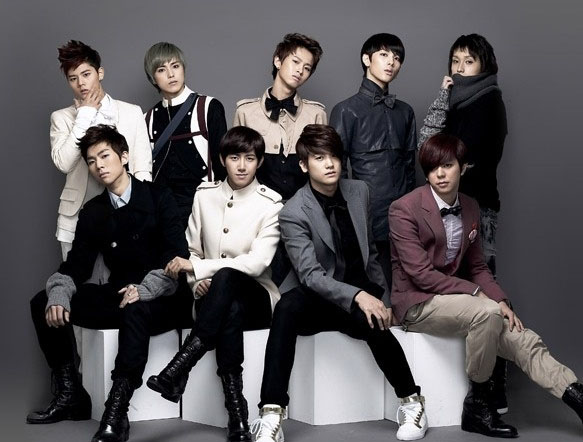 ZE:A is reportedly on the brink of disbanding.

On January 6, ZE:A’s agency Star Empire Entertainment confirmed a rumor that the members are still considering whether or not they will renew their contracts, which officially expired on January 6 as well. They did add, however, that nothing has been confirmed either way as of right now, and that they will continue to support all the members in their respective activities until decisions have been made.

However, according sources close to the group, some members have already begun looking into other entertainment companies.

Additionally, even more line-up changes are anticipated with ZE:A’s Kwanghee and Siwan both scheduled to be entering the military within the next year -joining members Taehun and Minwoo who have already enlisted-, making continued activities all the more difficult.

ZE:A debuted in 2010 with the single album “Nativity,” noted for topping Daum’s artist and album performance charts with the same day. The nine members have shown versatility on both stage and screen, having promoted as actors, solo artists, and ZE:A sub-units, ZE:A Five and ZE:A 4U.