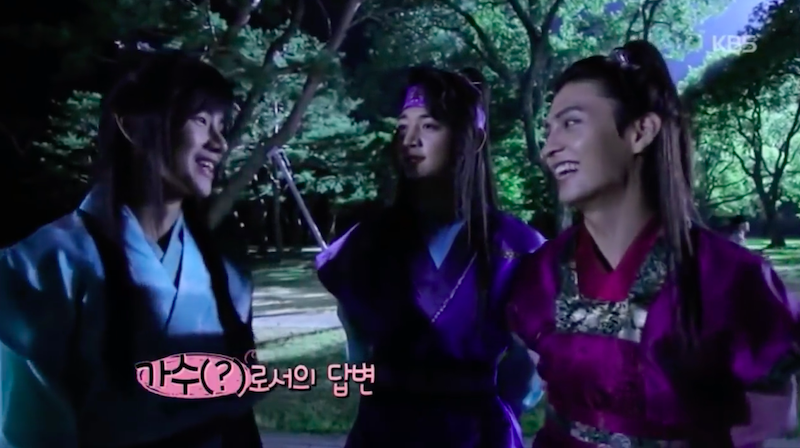 Watch: BTS’s V Gets Teased Adoringly By His Co-Stars On Set Of “Hwarang”

The drama takes place in Korea’s Silla period, and tells the story of a group of elite and handsome young men who are recruited by the queen regent to form a group called Hwarang. It stars Go Ara, Park Seo Joon, Park Hyung Sik, SHINee’s Choi Minho, Do Ji Han, BTS’s V (Kim Taehyung), and more.

The recent behind-the-scenes video shows a glimpse at the filming of the duel scene from episode four, with the two rival groups of young men going head-to-head in a fight. The group led by Choi Minho laughed at the way they looked like they were heading down a runway as they entered, and the clip then shared some shots of their fight scene.

Choi Minho then asked Kim Taehyung (while calling him by his character name, Hansung), what his thoughts were on filming in Gyeongju. “It’s my first time filming so I’m nervous,” Kim Taehyung replied. 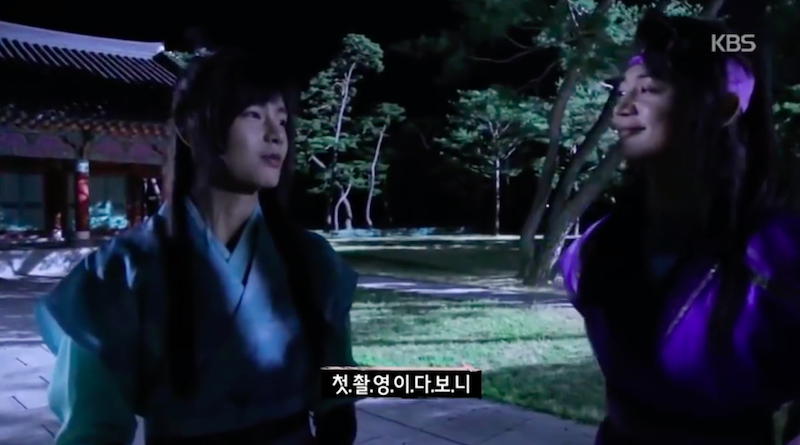 His fellow cast members pointed out it wasn’t his first time shooting, so Kim Taehyung amended his comment, “The first one in Gyeongju!”

“I’m nervous but I’m happy to be making memories with them,” he added. “It’s an honor to be able to film until dawn.”

Choi Minho and Do Ji Han grinned as they repeated his last comment teasingly, but Kim Taehyung stood by his comment by nodding. Choi Minho then asked him to describe the charm of his character Hansung. 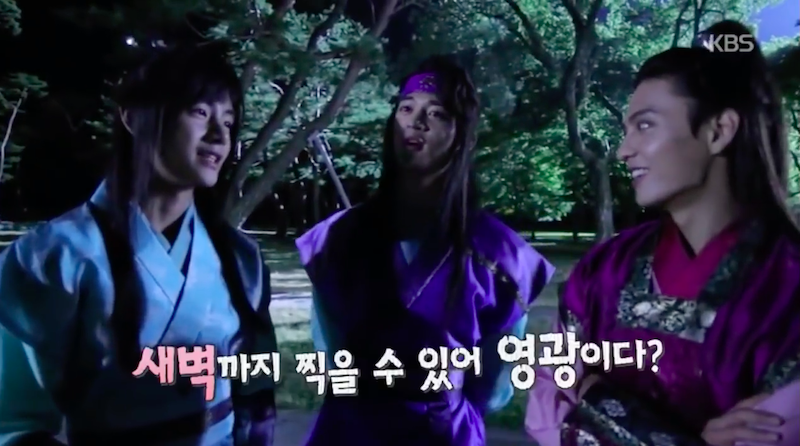 “Hansung’s charm is the shine in his young eyes as he looks at his one and only older brother,” replied Kim Taehyung, with the caption calling this a “factory-made comment.”

“Is that all?” asked Choi Minho, and Kim Taehyung replied with a laugh, “That’s my answer as a singer.”

Choi Minho asked him to answer as an actor too, and Kim Taehyung paused before laughing and saying, “He’s super young!” Do Ji Han then came in to collect them both to go get something to eat, and they headed off happily together. 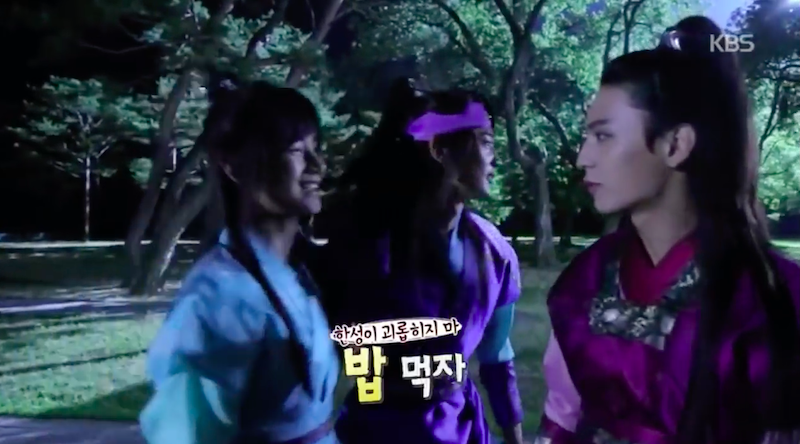 SHINee
BTS
Hwarang
Choi Minho
do ji han
V
How does this article make you feel?