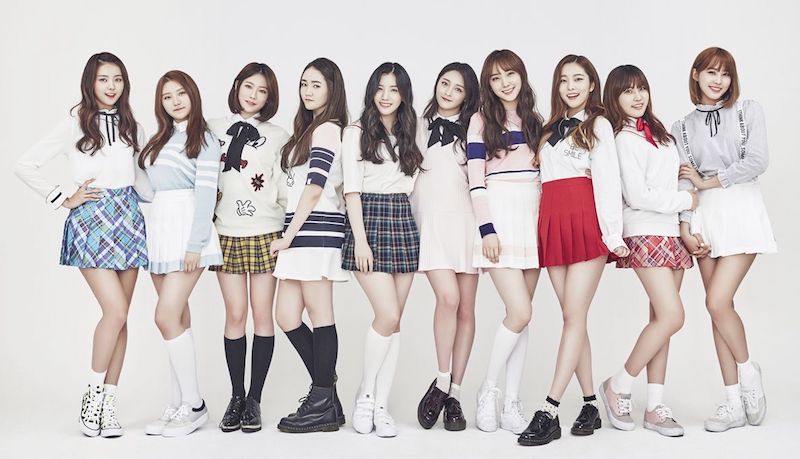 Pledis Girlz, Pledis Entertainment’s group of female trainees, has now announced the name that they’ll be using when they make their debut!

At their “BYE & HI” concert on January 6 in Seoul, the ten-member group revealed that their official name will be “Pristin.”

The agency’s founder Han Sung Soo shared a photo from the concert to his Instagram, writing in the caption, “Please take good care of Pristin.”

The name Pristin been described through an official announcement as a combination of the two English words “Prismatic” and “Elastin,” with “prismatic” described as meaning “bright and vivid,” and “elastin” described as “flawless strength.” Together, the meaning behind the name Pristin is, “We will become top stars by combining each of our charms that shine brightly.”

The notice also informed fans that the logo and colors used at the day’s concert will not be the ones officially used by the group in the future.

Pristin performed for fans at their January 6 concert with both sub-unit and full group stages, and introduced themselves for the first time as members of Pristin. The group has also been gearing up for their debut by releasing two “debut projects,” first a cover of SEVENTEEN’s “Adore U” and most recently a cover of Girls’ Generation’s “Catch Me If You Can.”

Are you excited for Pristin’s debut?

PRISTIN
Pledis Girlz
How does this article make you feel?