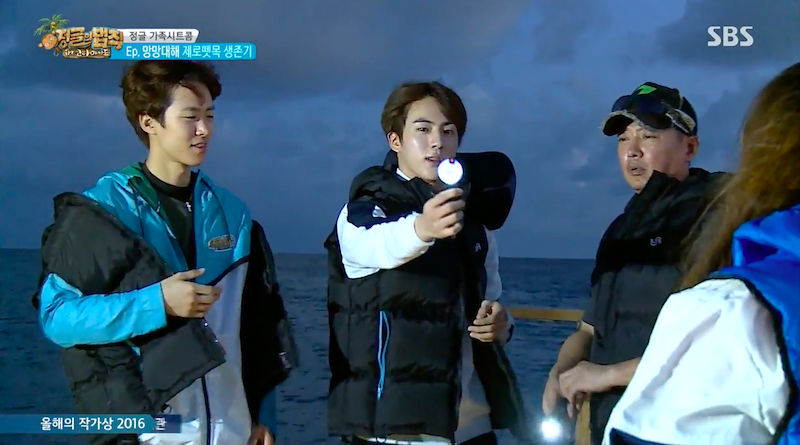 Watch: Jin Shows “Law Of The Jungle” Cast Another Great Use For BTS’s Light Sticks

It turns out that ARMY Bombs (BTS’s light sticks) are not only just useful for showing love for BTS!

As the sun started to set on the cast in this episode and they began to look for lanterns, Jin suddenly announced that he had gifts for everyone. “I secretly brought this from our office,” he said as he searched through his bag, before producing miniature versions of BTS’s light sticks on keychains.

“Law of the Jungle” then showed a clip of Jin packing for his trip (filmed by Jimin) and proudly showing off his light sticks to Jimin and Suga. “The light on this…” started Jin after he turned it on, and Jimin filled in, “Wow, it’s great. Now that I see it like this, it’s really great!” 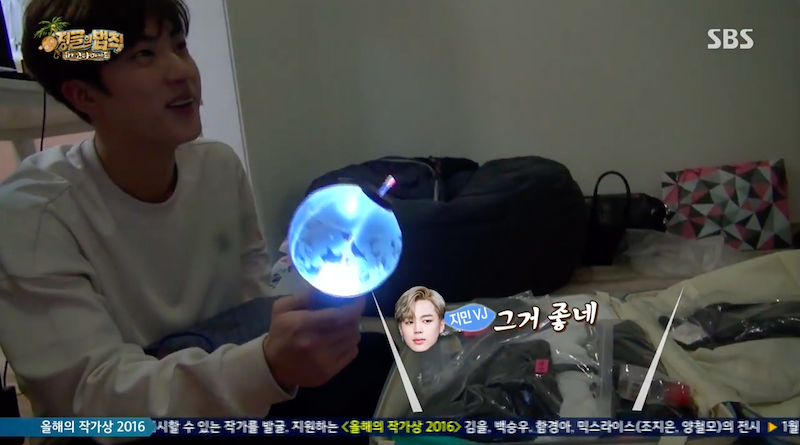 Back in the jungle, Kim Byung Man expressed his admiration and told Jin how useful the light sticks were going to be in the dark. “Also, I have one for me!” announced Jin, and returned with a full-sized light stick that dwarfed the miniature versions he’d given the others.

“Give that to me,” Kim Byung Man said while holding out his hand for the larger version, which Jin happily handed over. After admiring their gifts, the cast then strung the light sticks up to provide them with some much-needed light in the night. 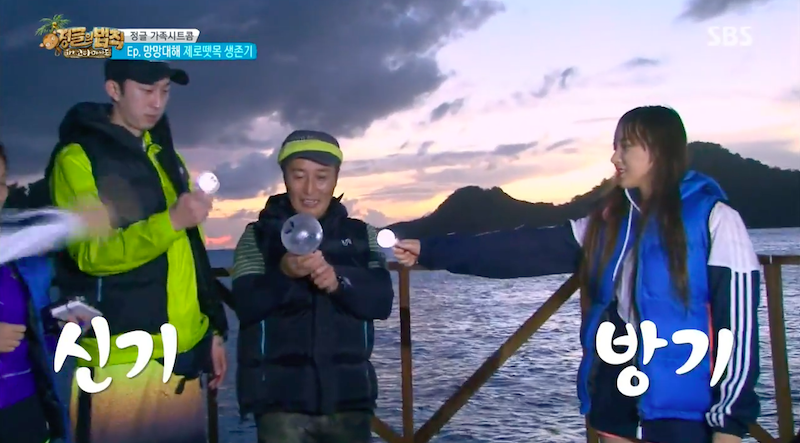 You can watch the clip below!

In addition, Jimin live tweeted a video of the scene, in which you can hear him excitedly announcing that he’s on television, as well as Jimin and J-Hope cracking up over Jin announcing that his light stick is the only big one.

Check out more of Jin in January 6’s episode of “Law of the Jungle”!

BTS
Law of the Jungle
J-Hope
Jin
Jimin
How does this article make you feel?