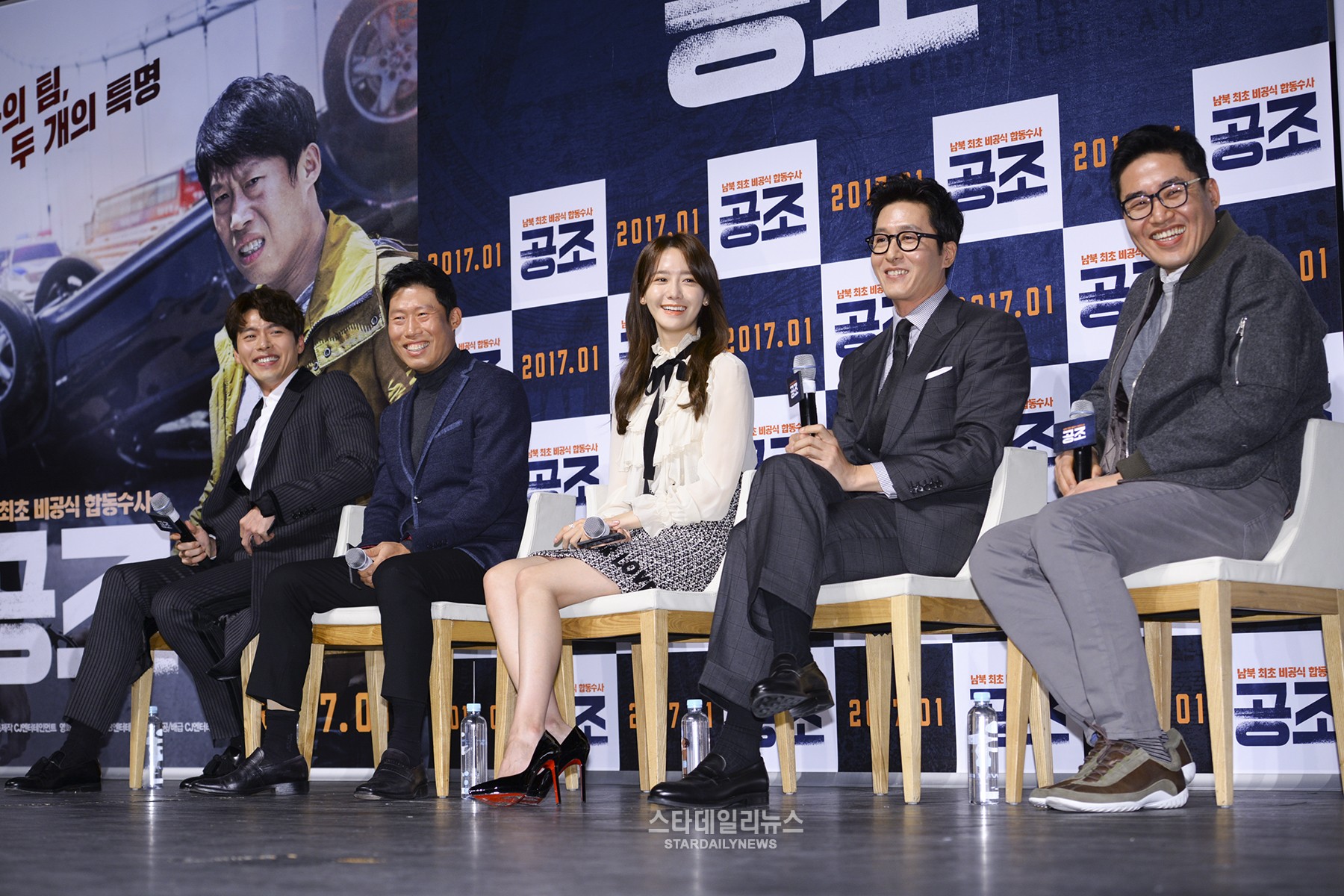 YoonA opened up about her first time filming a movie, revealing, “This is my first movie and I think I matched well with it. I learned a lot on the set. Many of them gave me advice as well,” sharing her thankful heart to her co-stars, like Hyun Bin, Yoo Hae Jin, and Kim Joo Hyuk.

When asked to be more specific about what kind of advice she received, YoonA answered, “There’s not just one that I can think of,” implying that she had learned that much from them.

The film is a 10 billon won (approximately $8.5 million) project that centers around a joint North-South Korean investigation. YoonA will play the role of Park Min Young, the younger sister-in-law to a South Korean detective who is played by Yoo Hae Jin. Hyun Bin plays the role a North Korean detective. The film will premiere on January 18.