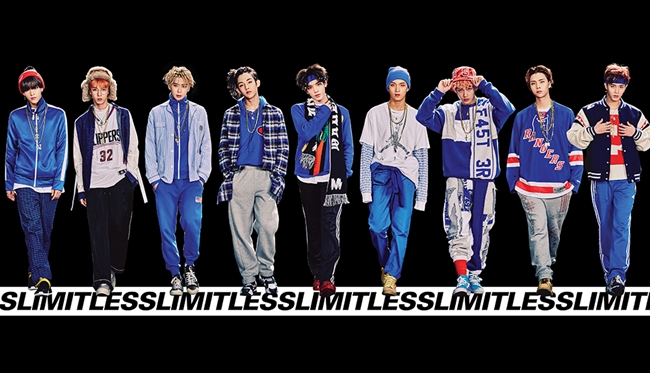 The group now consists of nine members with the addition of Doyoung, a NCT U member, and Johnny, a longtime trainee. The other members said, “With Johnny and Doyoung’s addition, we’ve come out upgraded. We prepared for a long time and had fun practicing so we have a lot of confidence. We want to show our fans a good side of ourselves.”

Johnny, who had just completed a stage rehearsal, said afterwards, “There are a lot of regrets, but because this is my first performance, I think there will always be regrets. I wanted to do better, so I’m regretful.”

He added, “I’m happy that I get to stand on the same stage as members with whom I’ve trained for a long time. I want to work harder.”

Doyoung said, “Since we had built something up over a long time, it felt comfortable joining the group. The thought that we have to show a transformation as nine members is strong.”

NCT 127 also talked about their admiration for S.E.S, one of SM Entertainment’s landmark girl groups, and their goals for 2017.

“We said that we’re going to make 2017 our year,” Yuta said. “Personally I think that if you work hard, results will inevitably come.”

Taeil added, “I hope it becomes a special year for us. I want to show the comfortable, approachable, and cool sides of ourselves, and communicate more with the fans.”