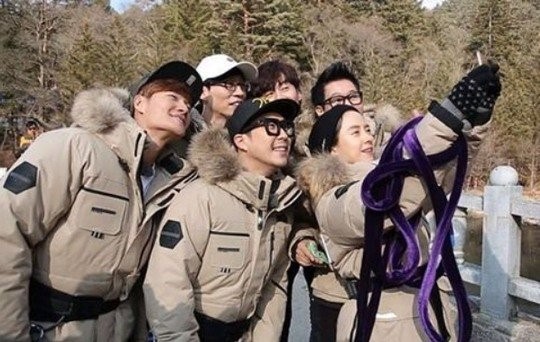 SBS’s “Running Man” has revealed a first look at their upcoming episode.

The variety show is currently working on a member’s week project and the female cast member is the focus of the first special episode. Song Ji Hyo says, “I want to go on a retreat with the members and with no cameras.”

As per her request, the show sets off for a retreat in Gangwon Province. However, it’s not as easy as it seems. The members are forced to move in unison due to being roped together.

Song Ji Hyo reacts and says, “This is not what I wanted.”

The episode is bound to be hilarious as the members get entangled with one another and experience some mishaps. You can watch it when it airs on January 8.