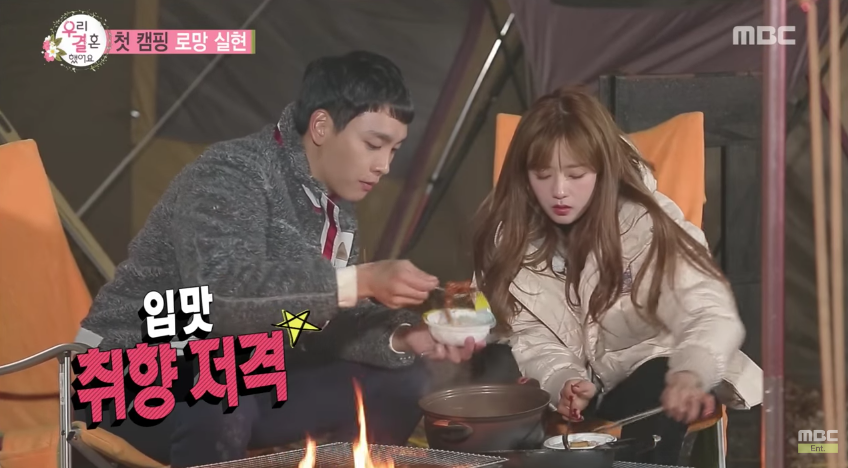 The recent episode of MBC’s “We Got Married” saw the popular Choi Tae Joon and Bomi couple go camping together as Bomi was able to show off her many skills, including wood chopping and cooking!

As the couple got ready to start a campfire, Choi Tae Joon found an opportunity to show off his strength as he started to masterfully chop the wood. This piqued Bomi’s curiosity and she tried her hand at it as well. To his surprise, Bomi was able to chop it just as well as he could! In his interview with writers, he said, “I felt like she could catch up with me. She was like a female warrior. It was amazing.” 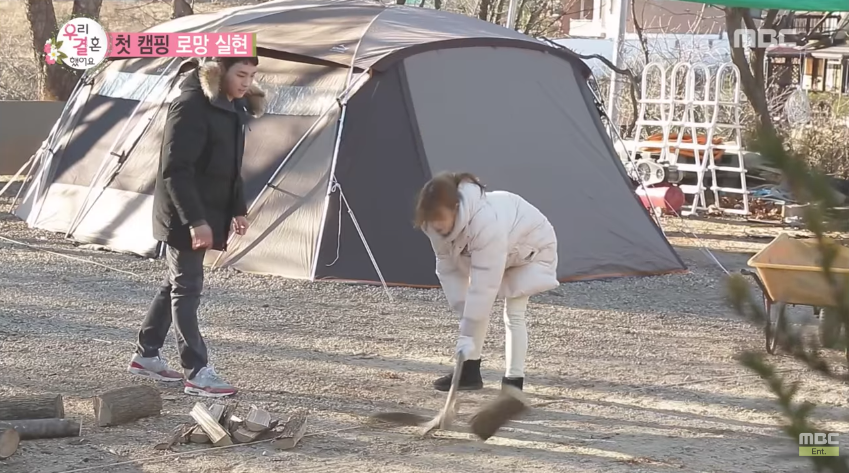 He found even more reason to be impressed with his wife when she made a meal for him. Bomi decided to make spicy octopus stir fry, a difficult dish. As soon as he ate it, Choi Tae Joon could not hold back his happiness as he complimented her cooking, saying, “This is so delicious! I would pay money to eat this dish!”