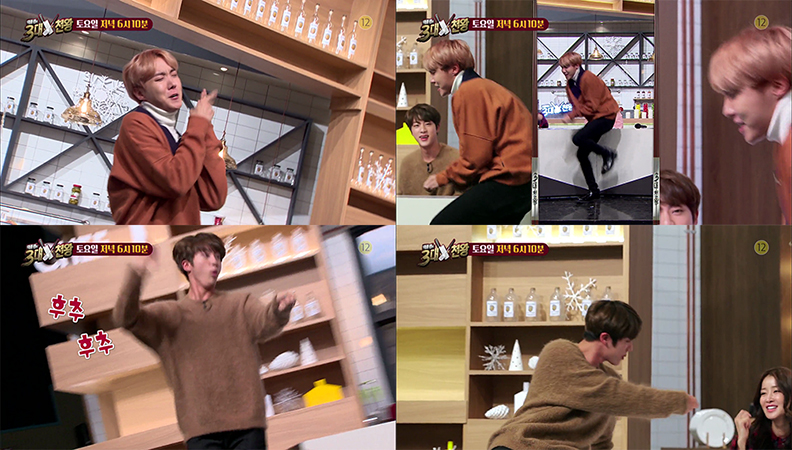 Once the two BTS members made their way onto the set, one of the MCs, comedian Kim Joon Hyun asked, “I heard you guys prepared a cooking dance?” which prompted them to present their entertaining routine.

J-Hope started off the “cooking dance” with their song, “Fire,” and pretended to wash his hands and put on sanitary gloves. He continued by mimicking the action of cutting food on a chopping board.

As the song became more intense, he pretended to cook over a hot flame through hilarious but impressive dance moves.

Then, J-Hope tossed his “dish” towards his fellow member Jin, who then caught it with his “pan,” and immediately got up from the panel to join in.

After some more intense stirring and additional dashes of condiments, Jin ended the performance by serving an imaginary spoonful to actress Lee Si Young, who happily accepted.

Catch the hilarious dance below!