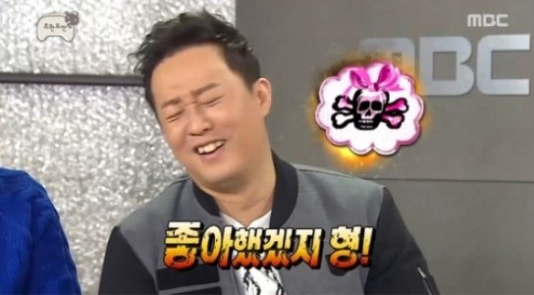 Jung Joon Ha recently opened up about not receiving the Grand Excellence Award at the 2016 MBC Entertainment Awards.

This episode of “Infinite Challenge” was filmed two days after the award ceremony, and started off with the cast members teasing Jung Joon Ha about how he had actually anticipated winning the award, which he handily acknowledged. 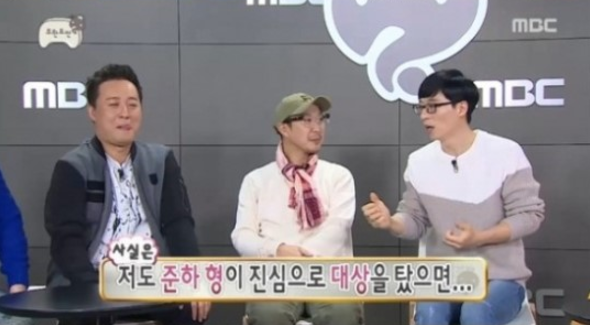 Yoo Jae Suk, who ended up winning the Grand Excellence Award, assured him, saying, “I really wanted him to win the award. In all of our hearts, he has the award.” HaHa continued his teasing, saying, “On the day of the awards ceremony, he was especially more serious” and Kwanghee concurred, adding, “He walked around with his head held high as if he was the award.” 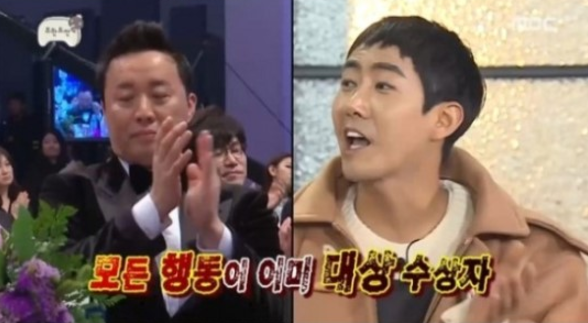 Jung Joon Ha explained, “I have acted the same as how I’ve been every year, but suddenly this year when I heard I was a nominee, I thought something might actually happen,” as he sheepishly grinned.

Yoo Jae Suk then revealed, “I thought if I won the award, a big mess could happen. I felt so apologetic. Nonetheless, I was happy that we were both able to be a nominee for the Grand Excellence Award.”

Jung Joon Ha
Infinite Challenge
How does this article make you feel?