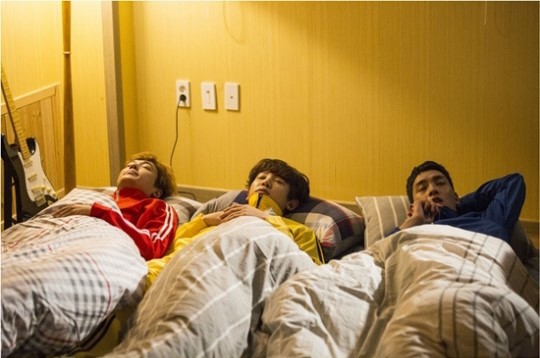 In the drama, their characters -Seo Jun Oh, Lee Yeol, and Choi Tae Ho respectively- used to be in the same idol group Dreamers until an incident caused them to disband. While each are currently on their own path, they reconnect after a plane crash brings them together.

The new stills show the trio back during their idol group days, as they lay side-by-side dressed in brightly covered tracksuits. At this point, they were still chasing after the same dreams, not knowing the disbandment that awaited them. 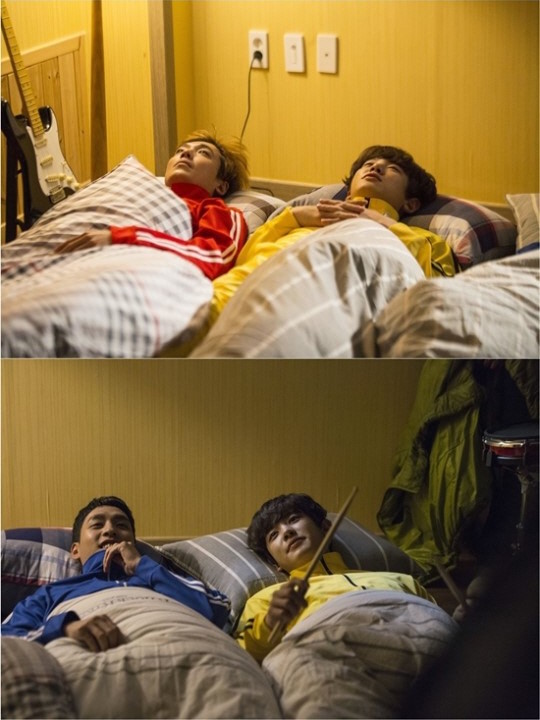 A source from the drama commented that the trio had a good chemistry and growing friendship outside of filming that helped add more to their scenes. They also added that something to focus on once the drama airs is how their past bromance contrasts with present-day them trying to recover what they once had as the truth behind their separation is revealed.

“Missing 9” tells the tale of nine people from various walks of life who get stranded on a deserted island after a devastating plane crash. It will premiere on January 18 at 10 p.m. KST following the end of “Weightlifting Fairy Kim Bok Joo.”

Are you looking forward to seeing these three characters’ interactions?