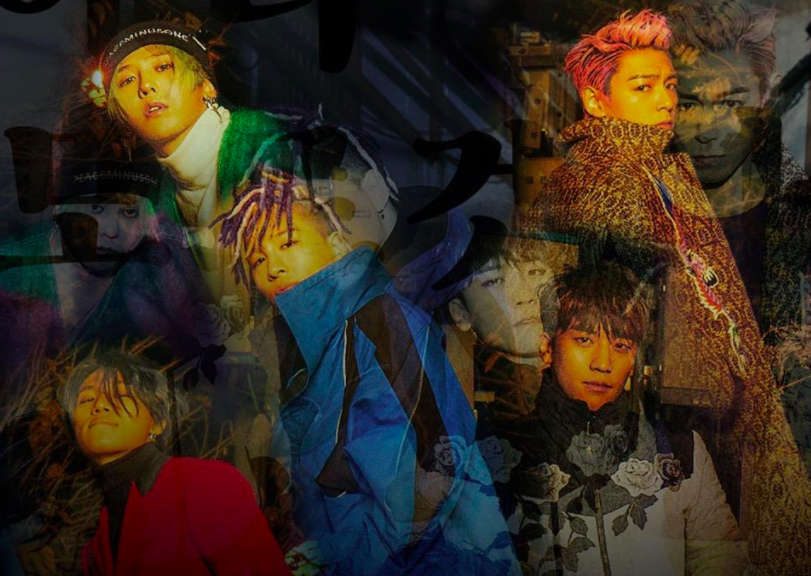 Happy New Year to all our readers!

There is a slight change to our music chart scoring this year. The GAON chart will still carry a 25 percent weight, but instead of using just the weekly GAON singles chart, we are starting to incorporate the weekly GAON album chart and the weekly GAON social chart as well. We believe this will get more K-pop artists with international fans onto the chart or have them ranked higher.

After a two-week break, there are a lot of changes in the chart, as four out of the top five songs in the first music chart of 2017 are brand new!

BIGBANG is the big winner this week as they occupied the top two spots with “FXXK IT” at No. 1 and “LAST DANCE” at No. 2. Both songs are title tracks from their “MADE” album, the fifth and last of this series. This full album was originally planned to release before the end of 2015, but it got postponed due to BIGBANG’s World Tour and the members being exhausted after extensive promotions on the first four series. YG Entertainment chose to release this long awaited album on December 13, 2016. This may very well be BIGBANG’s last album as a whole group for a while as some of their members will soon begin their military enlistment.

“FXXK IT” and “LAST DANCE” are two drastically different songs. “FXXK IT” is a medium tempo hip-hop song that starts with a pop melody and incorporates more intense rapping as the song goes along. On the other hand, “LAST DANCE” is a slow R&B ballad with a beautiful melody, with lyrics that reflect BIGBANG’s journey in the past 10 years.

The last time an artist had both the No. 1 and 2 songs on our chart happened almost a year ago. BIGBANG’s label mate PSY did it with “Daddy” and “Napal Baji.” Congratulations to BIGBANG!

Debuting at No. 3 is another top male group, EXO, who enters our chart with their winter ballad “For Life.” It is the title track of EXO’s 2016 Winter Special Album. This sweet ballad is made for the Christmas and winter season. The lyrics are about a man who promises his girlfriend that he will love her for life.

Another new song at No. 5 is from indie duo Bolbbalgan4, one of last year’s breakout artists. Their new song “Tell Me You Love Me” was labeled as a hidden track from their “Red Planet” album. It was planned to release as a follow up single after the album, but the song “Galaxy” unexpectedly got very popular, so the release date was push back to mid-December. “Tell Me You Love Me” is a casual pop song with a rhythmical and bright melody. The frank lyrics are about a pure, innocent girl who just wants her boyfriend to tell her that he loves her.

There is one more new song at No. 6. Moving up 10 spots from No. 16 is Heize’s “Star.” Heize was an up-and-coming female rapper in 2016 and now she scores her first top 10 hit, surprisingly showing more of her singing skills in this R&B ballad. The lyrics are about a woman who wonders about her past love and compares him to a star in the sky.