Haha Looks Back On 2016 And Honestly Talks About “Infinite Challenge”

On January 8, Haha appeared on an episode of MBC’s “Human Documentary,” where he honestly talked about the previous year.

“I ran until I was out of breath. I recently discussed the future of 2017 with the others,” he shared. “Even if things run smoothly, there’s still some uncertainty. I just said that I don’t want there to be any accidents. I’m well aware that our popularity will end the day ‘Infinite Challenge’ ends. I also know that we shine the most when we’re together. ‘Infinite Challenge’ taught me what humility is. I also gained confidence from it.” 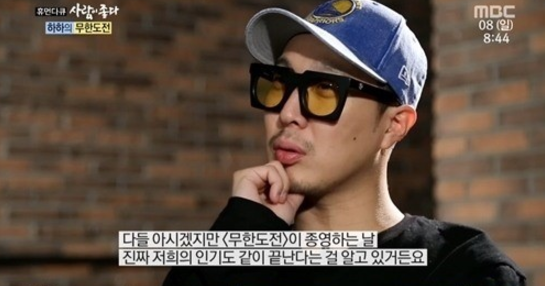 Haha continued, saying, “I’m not pretending to be good. My role is to just do what I’m told. But the production team and the writers go through a lot of trouble just to prepare [for the show].”

Meanwhile, Haha also revealed that his health has gotten a lot worse due to participating in shows like MBC’s “Infinite Challenge” and SBS’s “Running Man.”

Running Man
HaHa
Infinite Challenge
How does this article make you feel?