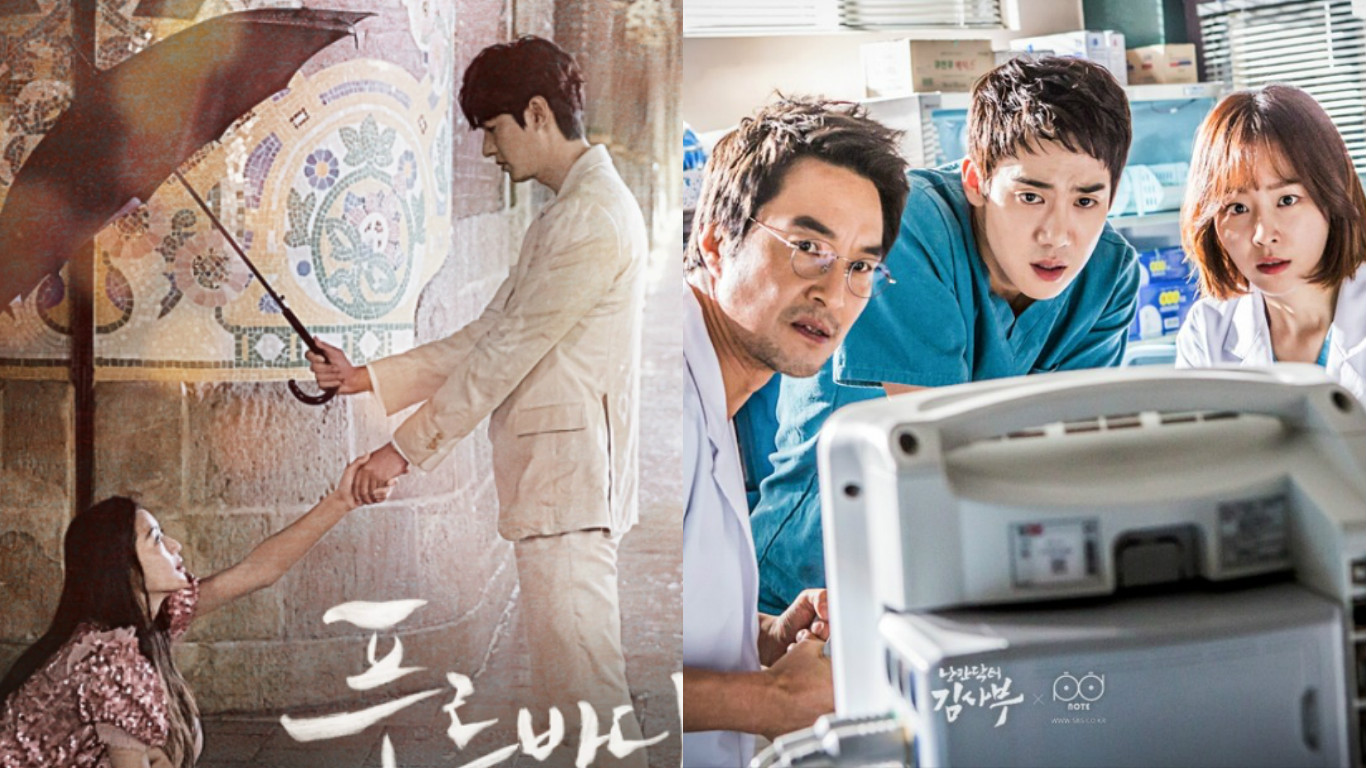 Three similarities between SBS’s current members of the “20-20 Club” have been analyzed.

“Romantic Doctor Kim” has the sweet hospital romance between Kang Dong Joo (Yoo Yeon Seok) and Yoon Seo Jung (Seo Hyun Jin). Early on in the drama, Dong Joo falls for Seo Jung’s passion for her work, and even confesses his feelings for her and kisses her despite knowing she has a fiancé. They walk different paths but both end up at Doldam Hospital, where their bickering soon blossoms into feelings for each other. They earn the nickname “Barley tea couple” and become the first official couple at Doldam Hospital. It will be interesting to see how their romance will pan out in the remainder of the drama.

“The Legend of the Blue Sea” has Sae Hwa (Jun Ji Hyun) and Dam Ryung (Lee Min Ho) in the Joseon era, and Shim Chung and Jun Jae in the modern day era. It has been revealed that in the Joseon era, the two were friends from a young age but tragically died after being hit by a harpoon. In the modern setting, Jun Jae meets Shim Chung in Spain, and discovers a big secret about her when they end up living together in Seoul. Over time, they have become the “Jun Chung couple” in secret, strengthening their romance as the drama progresses.

In the case of “Romantic Doctor Kim,” the greatest tension comes from Do Yoon Wan (Choi Jin Ho), the director of a major hospital, and Doldam Hospital’s Doctor Kim Sa Bu (Han Suk Kyu). Director Do had been sabotaging Kim Sa Bu for a long time, but his attempts intensified with the surgery of Chairman Shin (Joo Hyun), the head of a casino. Do Yoon Wan discovers Kim Sa Bu’s secret plans to open an emergency center, and Chairman Shin’s daughter Hyun Jung (Kim Hae Eun) continues to put pressure on him. Kim Sa Bu is caught in a dilemma as he has to keep his patients alive while completing the big picture.

For “The Legend of the Blue Sea,” the tension comes from characters in both the Joseon era and in the modern day era. Lord Yang (Sung Dong Il) and the gisaeng (Oh Yeon Ah), and Ma Dae Young (Sung Dong Il) and Kang Seo Hee (Hwang Shin Hae), as well as Chi Hyun (Lee Ji Hoon). Lord Yang hated Dam Ryong for taking away the mermaid he had caught, while Dae Young is desperately searching for Jun Jae to get rid of him as ordered by Seo Hee, who is trying to take control of Chariman Seo’s company. Chi Hyun agrees to help Dae Young, making Jun Jae and Shim Chung’s lives much more difficult. 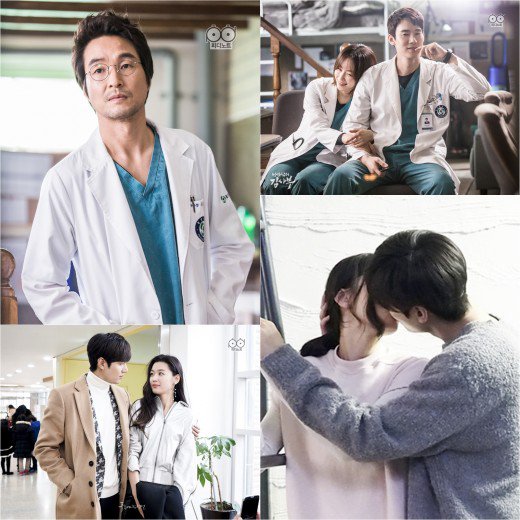 “Romantic Doctor Kim” has Jang Gi Tae (Im Won Hee) at the Doldam Hospital to bring the laughs. While the doctors and nurses are all engaged in war of nerves with those dispatched from their competing major hospital, Jang Gi Tae welcomes them with a smile. He catches on to Dong Joo and Seo Jung’s romance, and does his best to make everything more romantic for them, and is also the loudest to cheer when a major crisis is overcome at the hospital. He acts as a breath of fresh air for the drama.

In “The Legend of the Blue Sea,” Jo Nam Doo (Lee Hee Joon) had people laughing, even more so when he becomes jealous that Jun Jae’s attention is being focused on Shim Chung. Cha Si Ah, who only has eyes for Jun Jae, also makes viewers laugh as she keeps a wary eye on Shim Chung. Her discovery that her housekeeper Yoo Ran (Na Young Hee) is Jun Jae’s biological mother was also a comical moment. Jin Joo (Moon So Ri) and the homeless woman (Hong Jin Kyung) are a high point of the drama as well, bringing the laughs with their actions and words.

A representative of SBS’s drama division stated, “SBS’s Monday-Tuesday and Wednesday-Thursday dramas have both entered the ’20-20 club’ of viewership ratings with their strong storylines and their romantic, tense, and comical moments,” and “The two dramas are nearing their end, and everyone will have to wait and see to know how things will end.”

Do you agree with this assessment of “The Legend of the Blue Sea” or “Romantic Doctor Kim”?

The Legend of the Blue Sea
Dr. Romantic
How does this article make you feel?