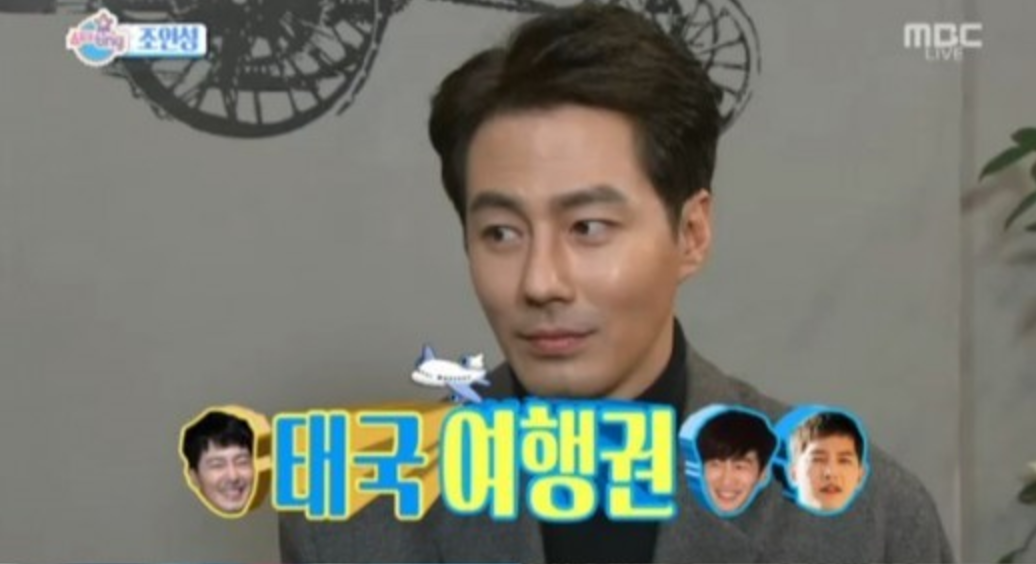 Actor Jo In Sung appeared on MBC’s “Section TV Entertainment Relay” to talk about his upcoming movie, “The King.” 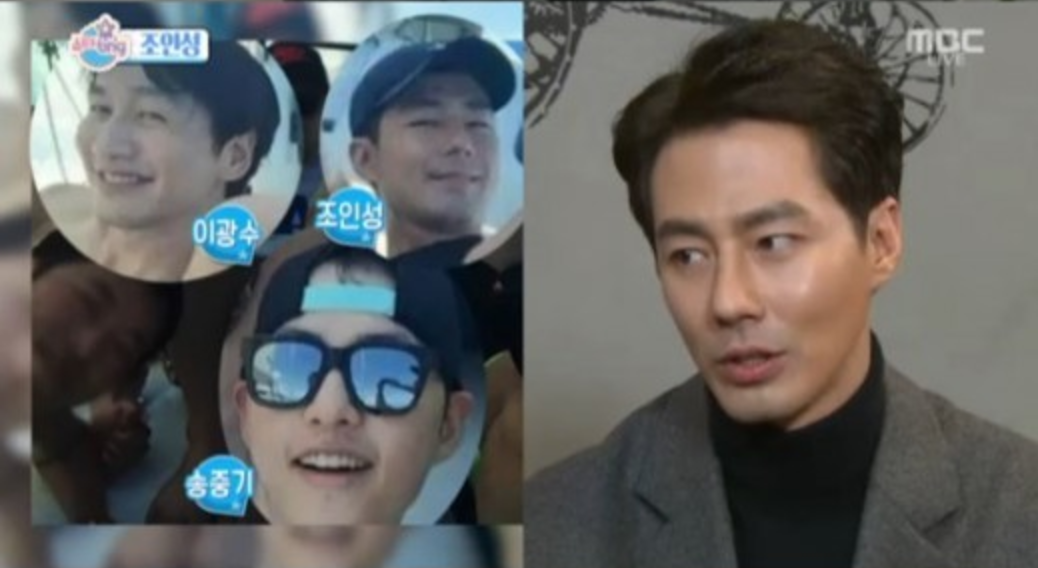 As an avid traveler himself, Jo In Sung gifted Song Joong Ki with a trip to Thailand when he was discharged from the military. Regarding this, the actor said, “It’s hard to get your passport renewed when it comes time for you to go to the military. I’m sure Joong Ki went through that too, so I took him on a trip.”

Jo In Sung also had something to say about Song Joong Ki winning the Grand Prize award for “Descendants of the Sun.” The actor jokingly said, “I wasn’t included in his acceptance speech. I guess I’m not someone he’s grateful for,” before sincerely adding, “I’m very happy things went so well for him.” 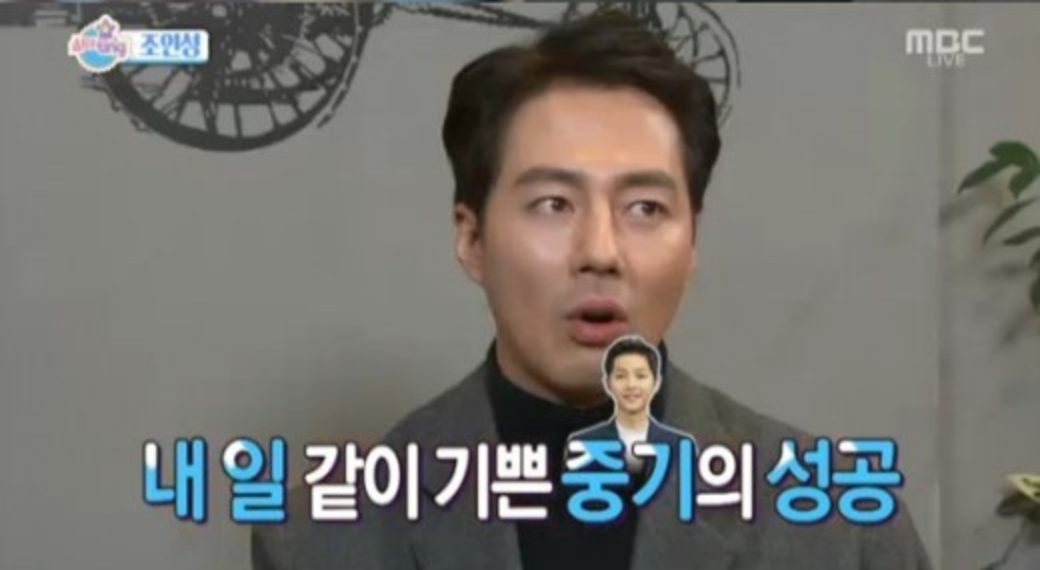 The actor also didn’t hold back on his praise for co-star Jung Woo Sung‘s good looks. He said, “He’s always been my role model, and early on in my debut, I even appeared in a music video that Jung Woo Sung directed. He has good looks that come once every 100 years or so. Jung Woo Sung has a face that should be protected like a national treasure.”

Jung Woo Sung and Jo In Sung’s new movie “The King” is set to be released on January 18 and follows two men as they try to become the rulers of the world.