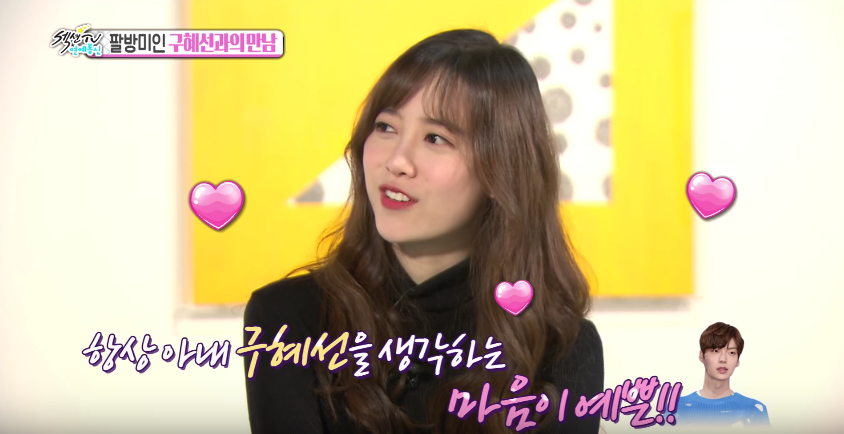 On the January 8 broadcast of MBC’s “Section TV,” Ku Hye Sun sat down for an interview at the location of her newest art exhibition.

While discussing the differences between when they were dating and their married life, Ku Hye Sun opened up about her husband Ahn Jae Hyun’s affectionate side.

The actress revealed, “I don’t really like events, personally.” When the MC asked if Ahn Jae Hyun doesn’t get disappointed because of that, Ku Hye Sun chuckled while explaining that her husband was well aware of this fact, and still holds events anyways.

However, despite how she may feel about events in general, the actress said she’s grateful for her husband’s thoughtfulness. “His feelings of wanting to prepare these events are so adorable and kind.”

Amusingly, Ahn Jae Hyun had prepared another surprise event for his wife by appearing unexpectedly at her fan meeting that took place after the interview.

While wearing a mask, he walked up to get her signature, and successfully caused her to become simultaneously flustered and touched. He jokingly said, “I’m here to receive your signature. I got caught on the way here by reporters.” It seems that he was also embarrassed though, as he quickly ran away after completing his event.

Watch the adorable scene below (and try not to squeal)!