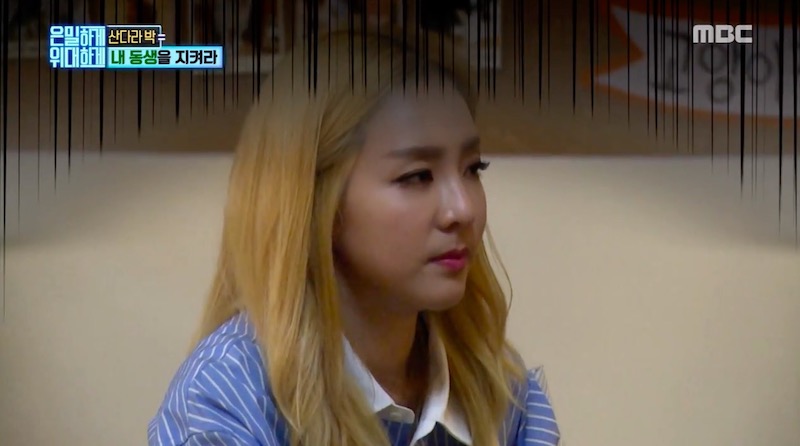 Sandara Park is the older sister everybody wants.

On the January 8 episode of MBC’s prank show “Secretly Greatly,” a hidden camera prank was pulled on Sandara Park, at Thunder’s request.

The premise of the prank was that Thunder was beginning potential business negotiations with a cat cafe owner, but suddenly angry patrons appear, accusing the owner of being a conman.

Sandara Park’s protectiveness began way before, when Thunder suddenly initiated the business negotiations. Sandara Park first shot her brother a glare, before reading through the contract with utmost care in fear that her brother might get into trouble.

And when the angry patrons arrived, Sandara Park immediately stood in front of Thunder protectively, asserting that they were also victims. It was truly impressive to see the petite singer coolly taking charge of the situation and protecting her kid brother. 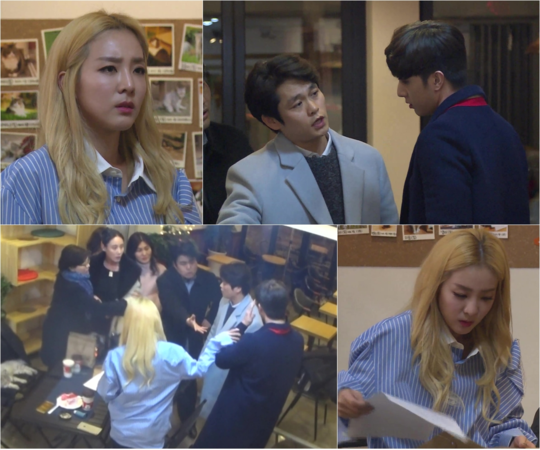 The production team said, “[From this, one] can see Sandara Park as a reliable sister that protects her brother in a dangerous situation. Viewers will definitely be touched by the tight bond between the two siblings, so please tune in to the broadcast.”

Sandara Park
Thunder
Secretly Greatly
How does this article make you feel?