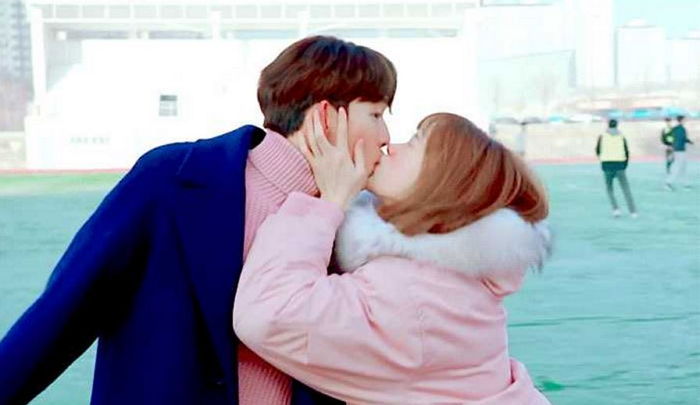 It has been revealed that one of the kisses Lee Sung Kyung and Nam Joo Hyuk shared in their drama “Weightlifting Fairy Kim Bok Joo” was ad-libbed.

The video shows the two actors filming a scene in which they’re exercising together.

The staff told them to add in some ad-libs, and Lee Sung Kyung and Nam Joo Hyuk brought out their comedic sides, kicking at each other and having fun.

In another take for the same scene, Nam Joo Hyuk asked Lee Sung Kyung to kiss him instead of kicking at her like before, and she cupped his cheeks and kissed him with no hint of hesitation.

Another moment showed the two using their hands to throw hearts at each other in an innocent and sweet scene.

Seeing these two together makes us sad that the drama will end on January 11.