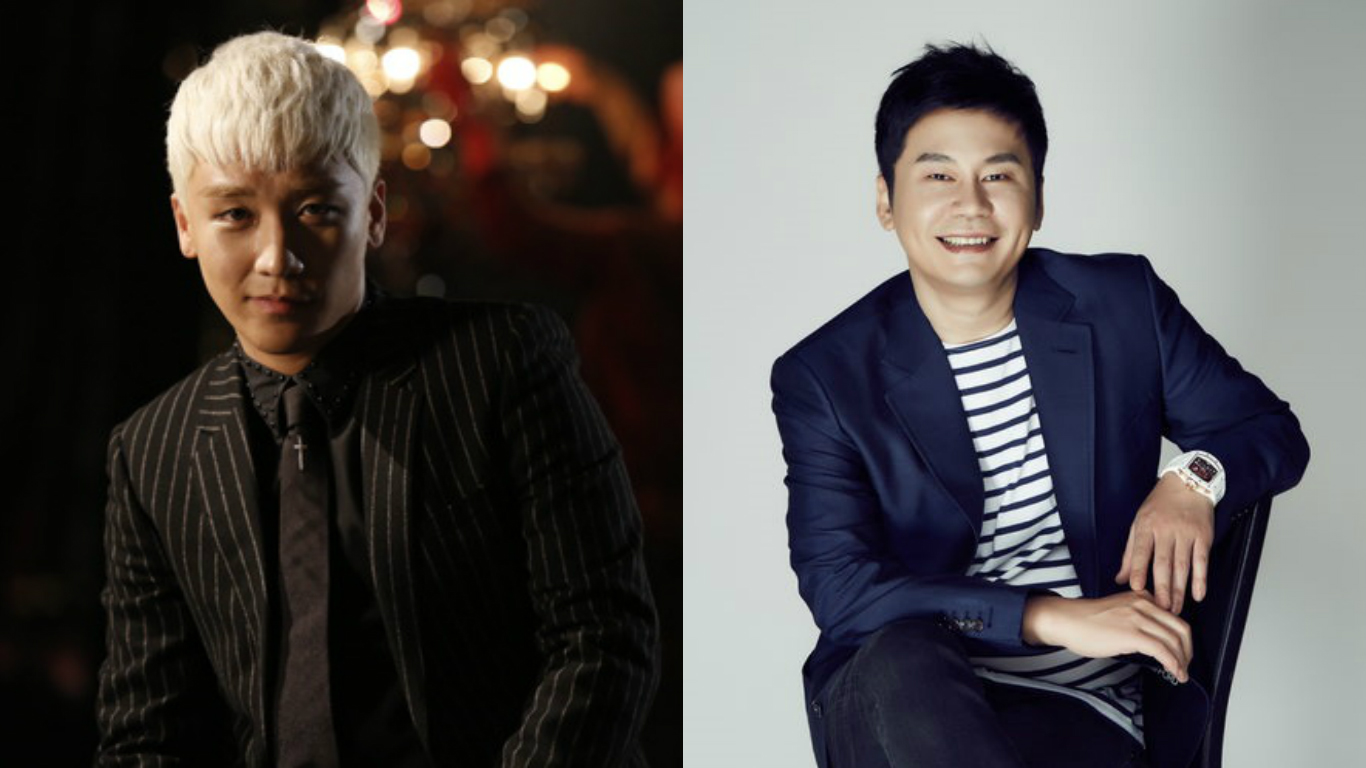 During the concert, as Seungri passed the microphone to G-Dragon, he said a few witty remarks about the BIGBANG leader. He said, “What about our leader G-Dragon? He’s Asia’s Michael Jackson. Fashion, music.. and even if he just dances half-heartedly, he looks so cool.”

G-Dragon became shy and responded, “Are you teasing me right now?”

When he first mentioned Yang Hyuk Suk, the fans started to express their disapproval by booing. However, Seungri responded by saying, “Whenever Yang Hyun Suk’s name comes up, fans do this, but the person you all should be grateful to is Yang Hyuk Suk.”

He jokingly scolded the fans as he continued, “If there was no Yang Hyun Suk, there would be no BIGBANG. You might not know, but Yang Hyun Suk has really worked hard.”

Seungri then made the crowd laugh by imitating angry fans when he said, “You don’t know and say things like, ‘I hate Mr. Yang,’ and ‘Mr. Yang is bad.’ But if there were no Yang Hyun Suk, there would be no BIGBANG.” He then asked everyone to give a round of applause to Yang Hyun Suk and all the staff at YG who have worked so hard to get BIGBANG where they are now.

What do you think of Seungri’s comments?

BIGBANG
Seungri
Yang Hyun Suk
How does this article make you feel?