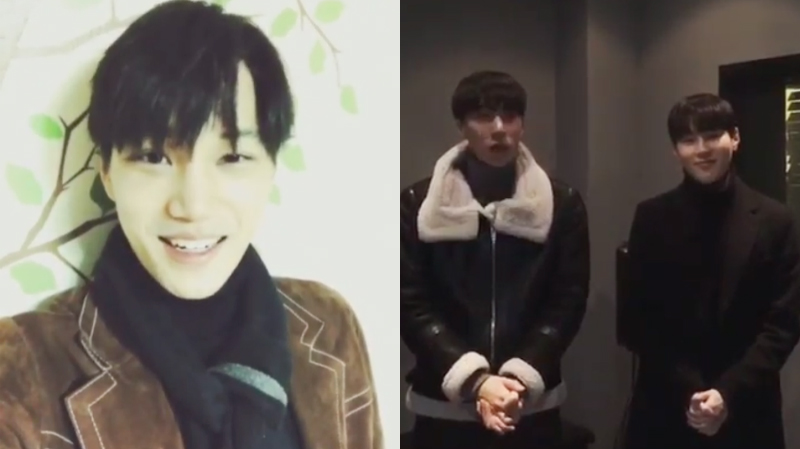 Just moments after his first solo album “R.EAL1ZE” was released, VIXX’s Ravi shared some heartwarming messages from his closest friends.

First, HOTSHOT’s Timoteo (Moonkyu) and Sungwoon send their wishes, and hoped that everyone will show support for Ravi’s new album. They called attention to the fact that the rapper composed, arranged, and wrote lyrics for every single song, and Sungwoon mentioned that he actually sang the guide track for b-side track “Rose.”

EXO’s Kai, who is already well-known to be one of the rapper’s best friends, also sent in a video message. He congratulated Ravi on his first solo album, and also hoped that everyone will love this new release. Addressing his friend directly, Kai said he’s looking forward to seeing Ravi’s live performance, and encouraged him.

Meanwhile, Ravi dropped his full solo album and the music video for its title track “Bomb” on January 9 at midnight KST.