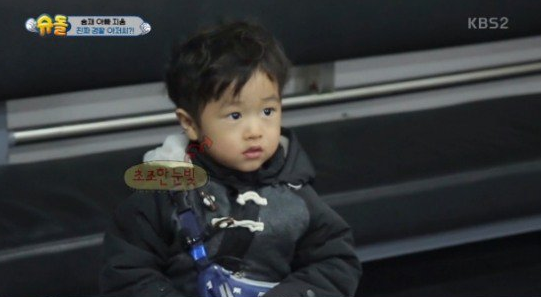 Go Ji Yong proved that he is not just any ordinary father on the recent episode of “The Return of Superman,” but his son Seungjae is no ordinary toddler either!

The January 8 episode saw Go Ji Yong taking his adorable son Seungjae to a restaurant to eat. Seungjae lived up to his bright personality, and greeted everyone he saw. When he saw an older boy at a neighboring table, he ran to him and said, “Hi! It’s Seungjae.”

However, Seungjae continued to make his rounds around the tables, instead of eating, despite his father’s many orders to sit down and eat.

Go Ji Yong warned his son, “If you don’t listen to your dad, I’m going to have to call the police.” Not knowing any better, Seungjae then looked at his father and said, “Dad, call the police.” 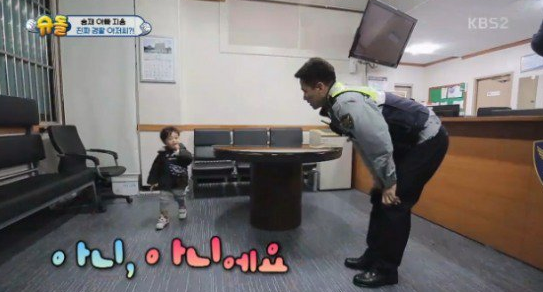 As a result, Go Ji Yong ended up taking his son to the police station. Seungjae looked shocked and could not hold back his confusion as he walked into the police station. The toddler willingly confessed his “crime” to a police officer, who played along. Seungjae revealed, “I didn’t eat my food and threw water.” After promising he won’t do it again, he was allowed to leave.

Then, Seungjae looked to his dad and the camera man and said, “Let’s leave quickly!”

Check out the adorable episode on Viki here below!