FTISLAND Talks About Preparing For Their 10th Anniversary Album

The only thing more loud and rambunctious than one FTISLAND is all five of the members together in one room.

On the January 9 broadcast of KBS CoolFM’s “Lee Hong Ki’s Kiss the Radio,” the band reunited and reminisced about all of their memories since their debut.

As the group will be celebrating their 10-year anniversary this upcoming June, a listener asked them what they thought were some of the best parts of the last decade. In typical FTISLAND fashion, the members each claimed, in good humor, they were the best thing to happen to the band.

Jaejin hilariously praised himself for being a good buffer in the middle between the two oldest and two youngest members. Choi Jong Hun similarly patted himself on the back for being able to live with “the other four idiots,” while Minhwan also complimented himself on being patient even when his members “wouldn’t turn off the lights when we lived together.”

Of course, Seunghyun, as a fixed guest on the radio show, said that this was the best decision he made in the last 10 years. To no one’s surprise, Lee Hong Ki finished things off by also putting himself in the spotlight, and thanked himself for “having a consistent voice that allowed me to continue to improve my singing.” 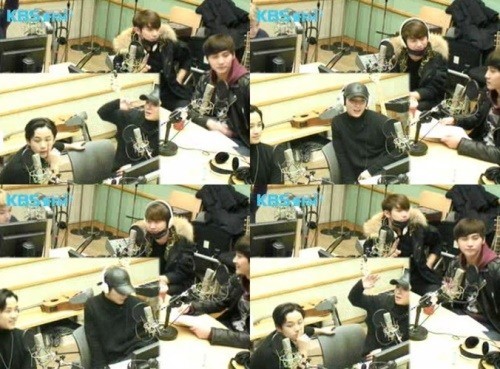 Jokes aside, the band revealed that they were actually preparing to release an album in honor of reaching such a noteworthy milestone.

“It feels like a heavier responsibility since it is our 10th anniversary. So, I’m two or three times more focused on making songs than normal,” Jaejin explained. Seunghyun also chimed in, and commented, “I’ve become addicted to composing, so I’ve been writing songs that encompass a wide range [of genres].

Upon hearing this news, fans couldn’t restrain their excitement for what’s to come in 2017.

Are you excited to hear what FTISLAND has in store for this meaningful album?

*A previous version of this article incorrectly spelled Choi Jong Hun as Jonghyun.

FTISLAND
Lee Hong Ki's Kiss the Radio
How does this article make you feel?