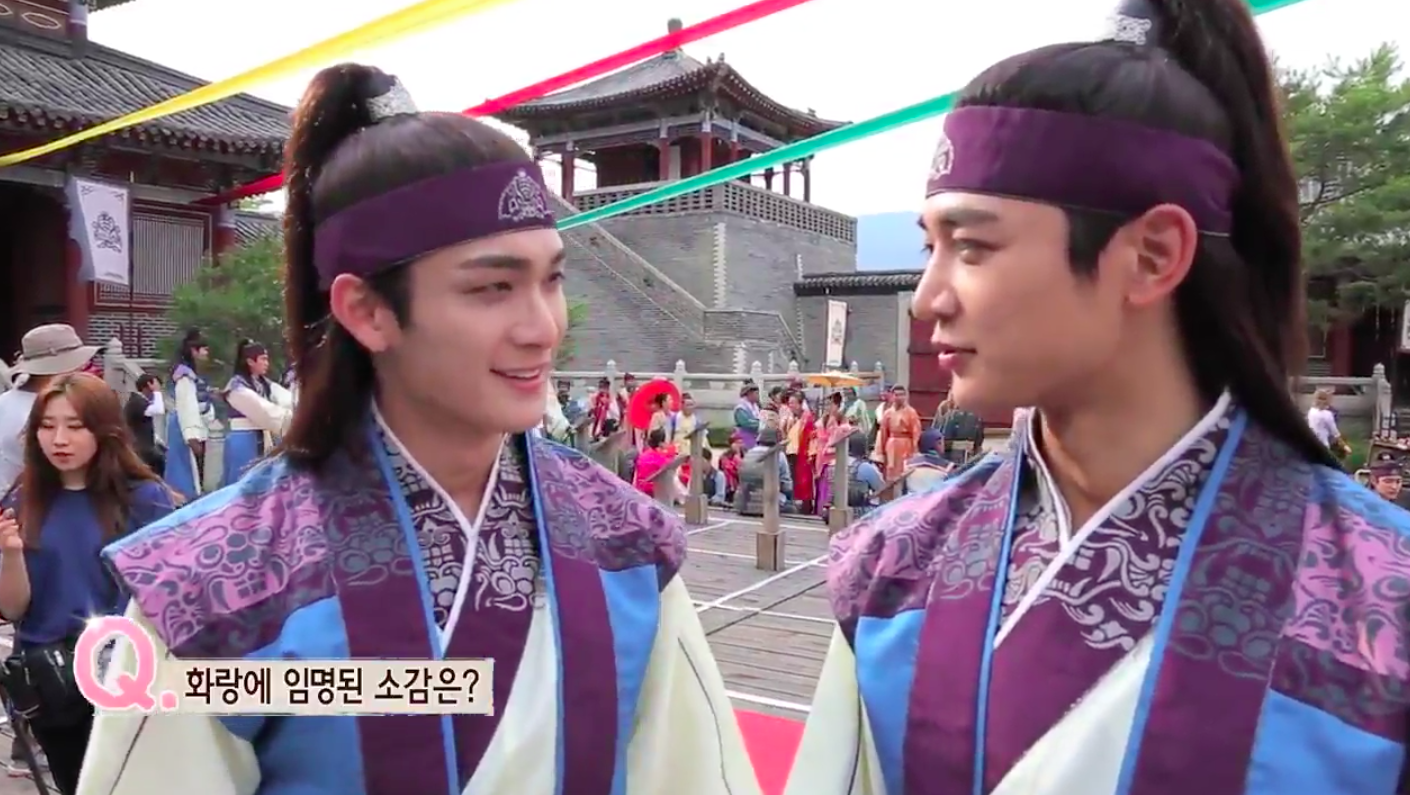 In the video, the actors are seen posing for pictures and filming scenes for the drama. As he films a particular scene, Park Seo Joon explains that he got full scores on all his Chinese character exams. In another scene, Choi Minho yells out in formation with the other actors and immediately after “Cut!” is yelled, he becomes bashful for his fierce yelling. Afterwards, Minho asks Jo Yoon Woo how it feels to be appointed as a Hwarang warrior. Jo Yoon Woo tries to express himself but ends up stuttering, saying, “I didn’t have anything prepared [to say].”

The final part of the clip shows the bromance between Minho and Do Ji Han. During filming, the two are seen locked in a fierce rivalry. But outside of shooting, the two return to being best buds as they joke around about acting drunk. Do Ji Han laughs, saying, “My mind is completely sober, but why I do I feel like I’m drunk?” and Minho adds, “I feel dizzy right now. Did I just get caught up in the moment?”

Check out the video here below!

Also catch the first episode of the drama below!