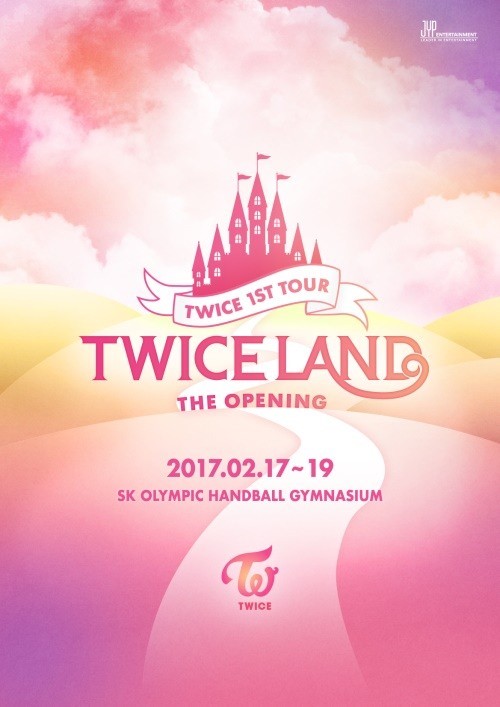 TWICE has joined the ranks of the top girl groups by announcing a series of solo concerts to be held next month!

It was revealed that TWICE will be holding their first concert, titled “TWICE 1ST Tour ‘TWICELAND – The Opening’ for three consecutive days, February 17-19 at the SK Olympic Handball Stadium.

This marks their first solo concert within just a year and four months of debuting in October 2015. It was also revealed that following their concerts in February, they will continue to a world tour.

Last year was a year of great success for their group. Following their debut track of “Like OOH-AHH,” they continued their string of hit songs with “CHEER UP” and “TT,” with all three tracks surpassing 100 million views on YouTube.

Are you excited for their solo concerts?