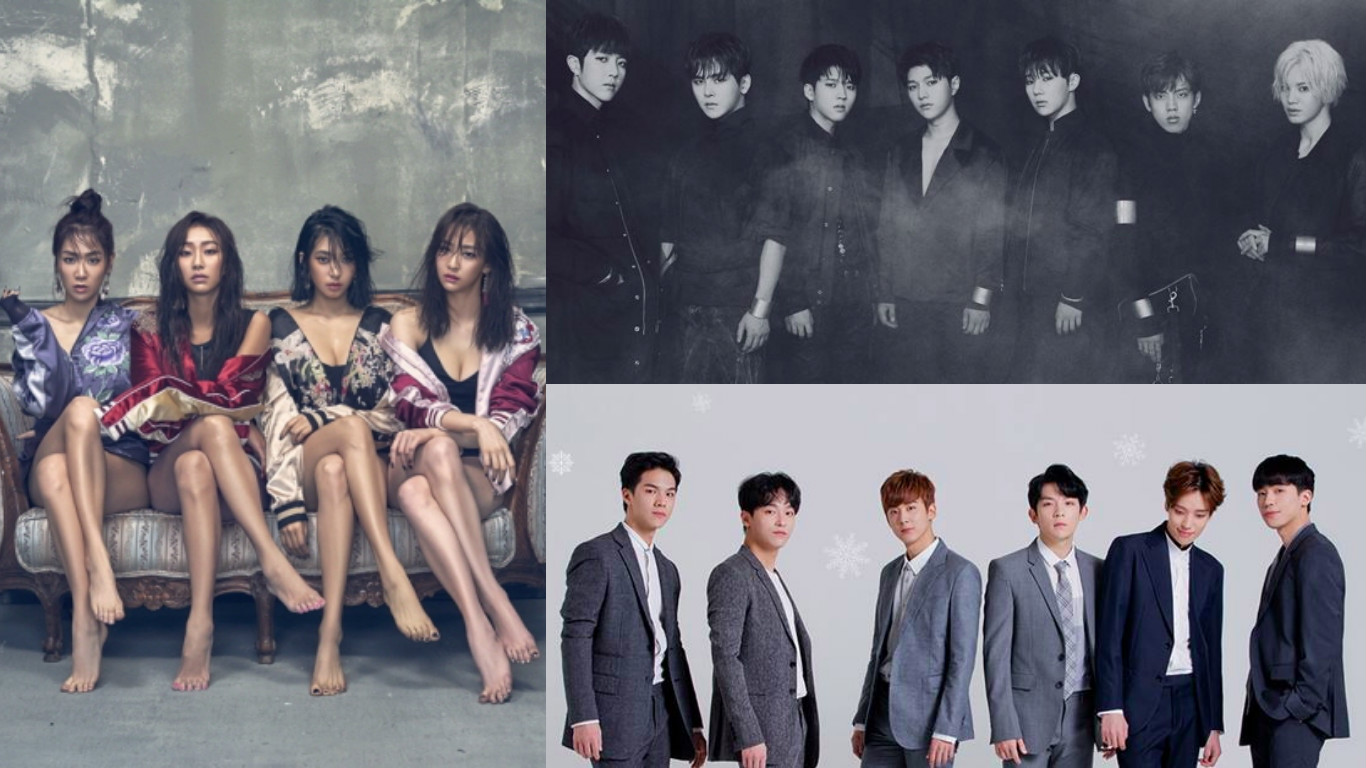 2017 is a special year for SISTAR, INFINITE, and Teen Top. This is the year their contracts with their agencies expire, and it’ll be up to them to decide what they’ll do next.

For an idol group, their seventh year since debut holds a special meaning, as it marks the moment their contracts expire. Naturally, it also signifies a possible disbandment or change in members, which is why it’s commonly referred to as the “seven year jinx.” Take last year as an example. 2NE1, 4Minute, Rainbow, BEAST, miss A, and Secret all went through drastic changes with the expiration of their contracts.

SISTAR debuted on June 3, 2010, giving them time until June this year to sort things out. According to reports, SISTAR has plans to return with a new album in the first half of this year, but it is unclear what they will decide to do after that.

Having debuted on June 9, 2010, INFINITE will have to make a decision by June 9 this year. For now, the members are concentrating on individual activities like starring in dramas and musicals.

Teen Top debuted a month later on July 9, 2010, so they have some more time to talk it out with their agency. As revealed previously, Niel’s second solo album will drop on January 16, and the group as a whole will make a comeback in March.

There are, of course, more groups that debuted in 2010, but their situations are a bit different.

ZE:A’s contract with Star Empire Entertainment already expired on January 6, so the options available to them are either to look for a new agency, or sadly, to disband. We will have to wait until everything is settled and they release an official statement about their decision.

9MUSES, CNBLUE, and Girl’s Day are off the hook for this year, each for their own reasons.

9MUSES has gone through frequent member changes, and Hyemi is the only member left who debuted in 2010. This means that the newer members still have a while to go until their contracts expire.

CNBLUE and Girl’s Day already renewed their contracts with their agencies in 2014 and 2015, respectively. With the members thriving in their own activities as actors or singers, both groups show the epitome of a group that works individually yet succeeds as a team. CNBLUE did well with their album “BLUEMING” last year, and Girl’s Day will be making a comeback this year.

Though not all groups are the same, many idol groups go through drastic changes in their seventh year, proving that the “seven year jinx” is real.