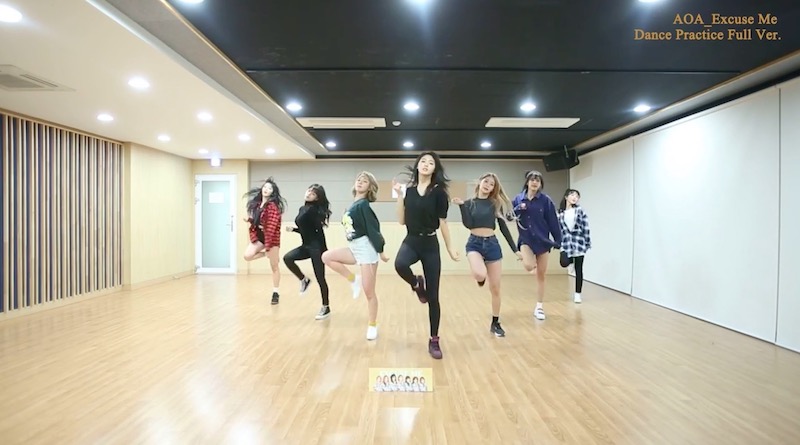 AOA has gifted fans with the “full version” of a choreography video for their recent track “Excuse Me”!

The seven-member group under FNC Entertainment shared their dance practice for “Excuse Me” on January 10, which gives fans a wide shot of the members performing the track’s dance moves in a rehearsal studio.

Dance along with AOA while watching the video below!

“Excuse Me” is one of AOA’s double title tracks off their first full album “Angel’s Knock,” which was released on January 2. Are you hoping for a choreography video for their second title track “Bing Bing”?