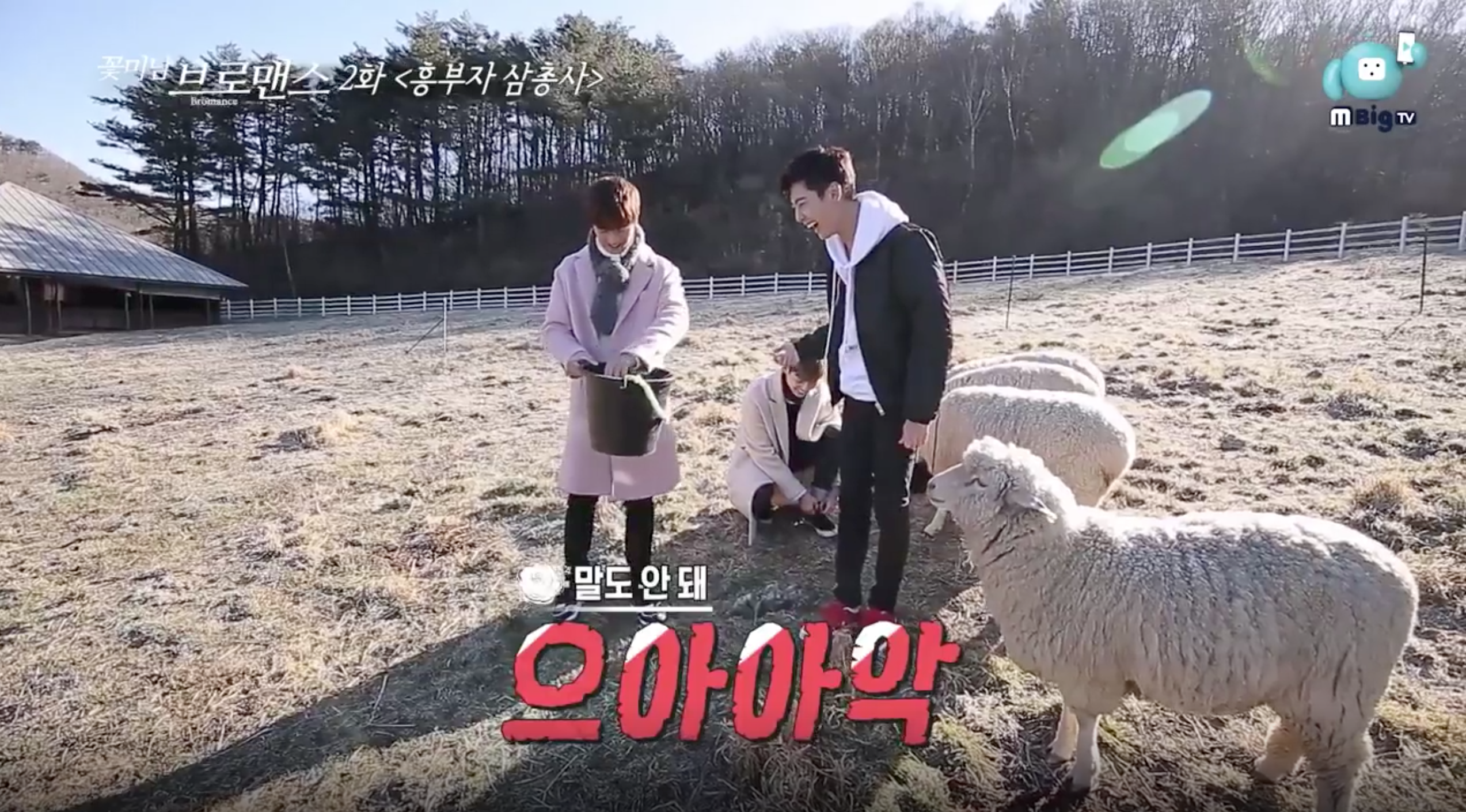 BTOB’s Yook Sungjae and Boyfriend’s twins Youngmin and Kwangmin continued their bonding trip on the second episode of “Celebrity Bromance!”

In their first episode, the 1995-born friends met up in Pyeongchang to eat food at a rest stop and decide their next destination.

In the new episode, aired on Naver V Live on January 10, the three boys visited a sheep ranch. At first the sheep were nervous around them, but after the idols fooled around imitating the sheep and chasing them around, the animals were soon eating out of their hands.

Afterwards they headed over to a restaurant to eat some local food and test the twins’ synchronization. Yook Sungjae first commented jokingly on the fact that Youngmin and Kwangmin ordered the same food, and the conversation soon moved into playing a game that involves choosing the same option out of two.

However, all three of them were not on the same page, as Yook Sungjae asked, “Girl or boy” instead of the typical opening question, “Jajangmyun [black bean paste noodles] or jjamppong [spicy seafood noodles].” Kwangmin ended up saying “tangsooyuk” [fried pork with sweet sauce], confusing the other two completely.

But the twins were in sync when it really mattered – that is, when it came to paying for the food. The three boys played rock-paper-scissors to see who would pay and just like at the rest stop in the first episode, the twins both played paper against Yook Sungjae’s rock.

You can watch the episode here.