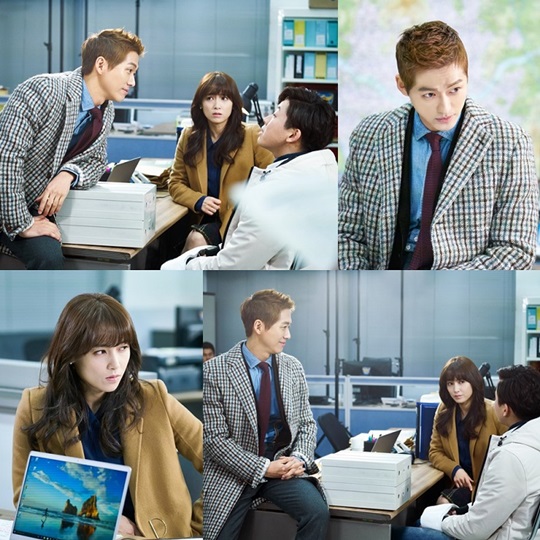 “Chief Kim” is written by Park Jae Bum and directed by Lee Jae Hoon. It stars Namgoong Min as Kim Sung Ryong, a would-be embezzler and a middle manager at TQ Group who eventually becomes a champion of his employees’ rights instead. Nam Sang Mi plays Yoon Ha Kyung, an ace accountant at the same company.

The scene was filmed on January 4 on a set in Gyeonggi Province. The two actors immediately got into character after watching some previous scenes from the sidelines and made no mistakes in their back-and-forth exchange, even during the rehearsals.

The production staff said, “Even though it’s their first time together, Namgoong Min and Nam Sang Mi already match each other beat-for-beat. They have good chemistry. Their strong acting and buildup of their skills comes alive in every scene. Please anticipate the story that they unfold.”

“Chief Kim” will premiere on January 25 at 10 p.m. KST. Watch the trailer below!