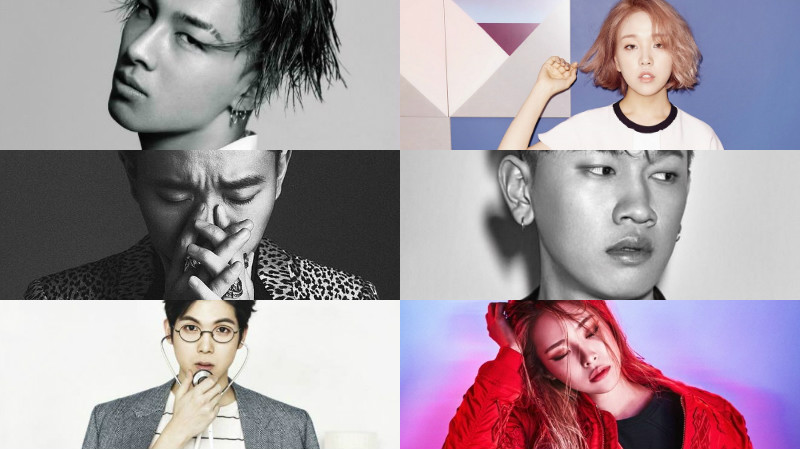 When most of us experience love, we often turn to love songs. To most of us, that just means listening to them, but to a special group of people (read: musicians), it can mean writing about the experience instead.

Here are six artists who have recently (or not-so-recently) talked about writing down their real experiences in their music.

“I wrote my real story,” he said. “It’s a song that was created when I met her.”

Min Hyo Rin also starred in Taeyang’s music video for “1AM,” proving that they are romantically and artistically a great match!

Baek Ah Yeon surprised everyone, including herself, in 2015 when her self-penned, unpromoted digital single hit it big on the summer charts. The song proved so popular with listeners that she eventually performed it on music shows, despite having planned no promotional schedules in advance.

One of the reasons that the song captured so many hearts was its basis in real life. “The person I wrote about contacted me asking if it was him,” she revealed later. “I told him honestly that it was.”

Gary of hip-hop group Leessang has been called “the hip-hop minstrel” due to his lyrical yet simple lyrics. He revealed once, “When I write lyrics after a breakup, they become a hit.”

He also shared that popular Leessang songs like “I’m Not Laughing,” “Ballerino,” and “Girl Who Can’t Break Up, Boy Who Can’t Leave” were all created after real breakups.

Although Crush has proven his worth multiple times with No. 1 hits, 2014’s “Sometimes” resonated with listeners with ardent lyrics about missing a lover. He has said that the song was based on a personal love story.

Mad Clown is quite well-known for making songs about his personal experiences, but 2013’s hit featuring labelmate SISTAR’s Soyou was particularly memorable after he talked about his experience on the variety show “Showtime” (as well as elsewhere). He revealed that the song was based on a bad dating experience during his university years where one side of the relationship refused to let go.

Heize has sometimes been called the “expert farewell rapper” for writing songs about breakups. Her recent chart-topper “Star,” as she wrote in the YouTube video description, was meant to represent the feelings of things that cannot be seen but whose presence can be felt. This could include anything from family to friends to lovers to old pets to times gone by.

Did you know these songs were so personal? What are some of your favorite personal songs?