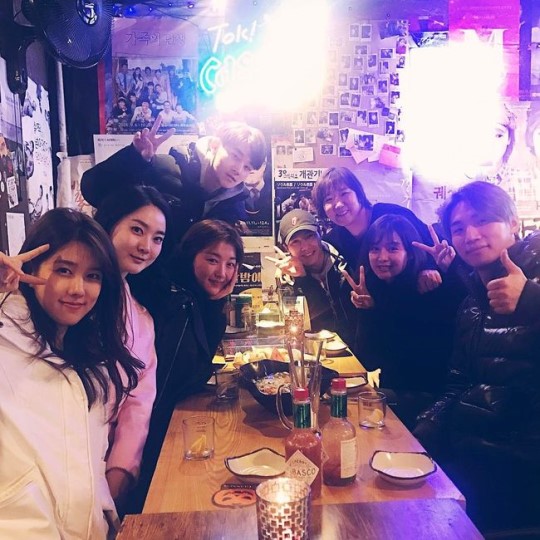 The actors of the MBN drama “What’s Up” are still meeting up, five years after the drama ended.

SPICA’s Yang Jiwon re-posted a photo on her Instagram of the cast and crew of “What’s Up” having a reunion together.

In the photo are BIGBANG’s Daesung, Kim Ji Won, Jang Hee Jin, SPICA’s Yang Jiwon, and staff members who had worked on the production.

The group is said to have gathered to show their support for Yang Jiwon, who is currently performing in the musical, “Cigarette Store Lady.” Their friendship is still going though the drama ended five years ago.