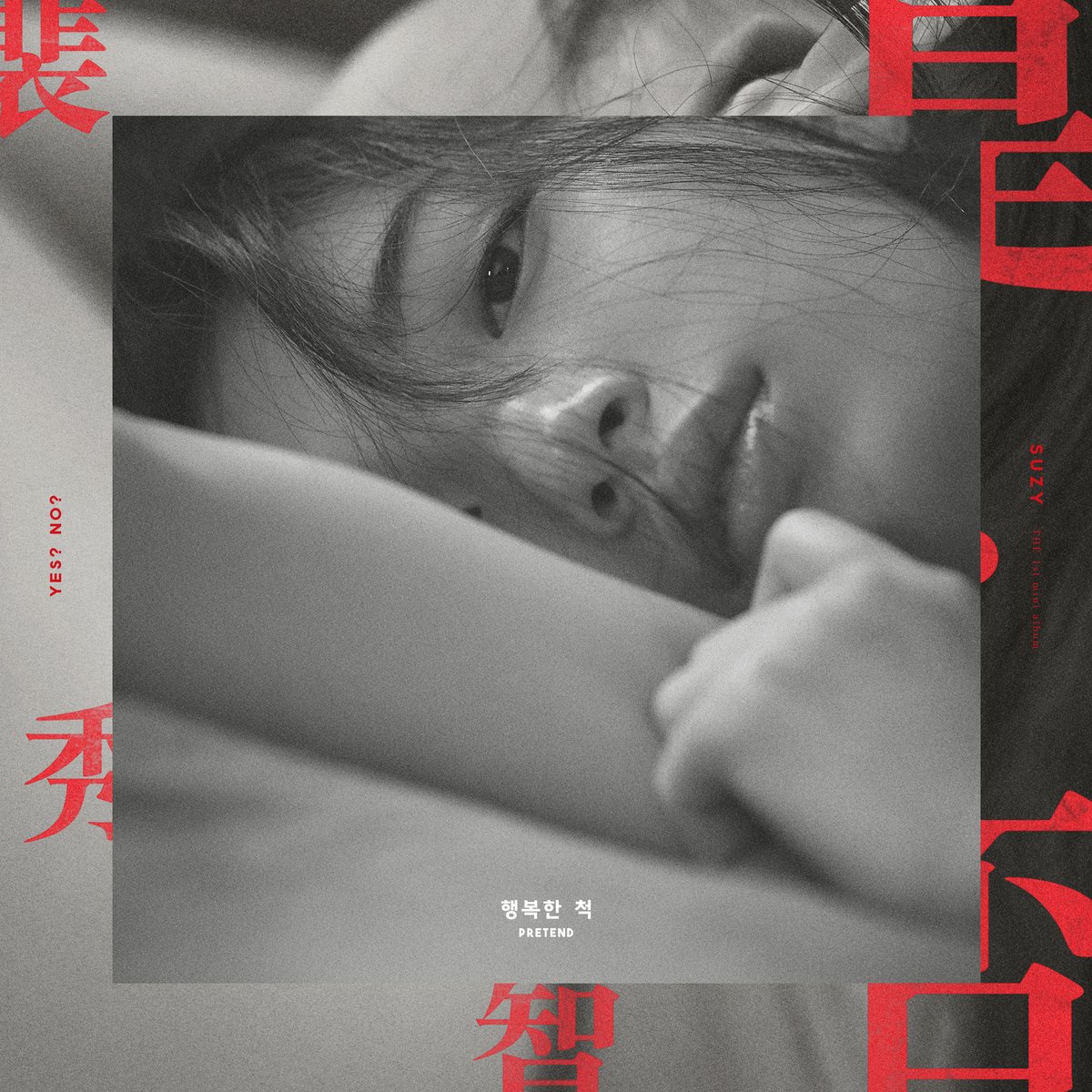 With only a few days left until her pre-release drops, Suzy has released another lyric teaser image as well as the cover of her solo! The text on the image reads, “When I miss you, when I long for you, when I feel hopeful and sad, when I want to go back to the past.”

Suzy has now shared two more lyric teaser images for her upcoming pre-release track. The first reads, “I hate that person. I hate myself more,” while the second features the text, “I have a secret that I cannot tell anyone. Even though I’m smiling like this.”

The solo debut of JYP darling Suzy is drawing closer and closer!

On December 12 at midnight KST, JYP Entertainment uploaded even more teaser images of Suzy to their official Twitter account. This time, fans were given a special preview of some of the lyrics for Suzy’s previously announced pre-release track “Pretending To Be Happy” (working title).

The full track for “Pretending To Be Happy” will be officially released on January 17 at midnight KST. It will also be featured on her upcoming debut album, which drops on January 24.