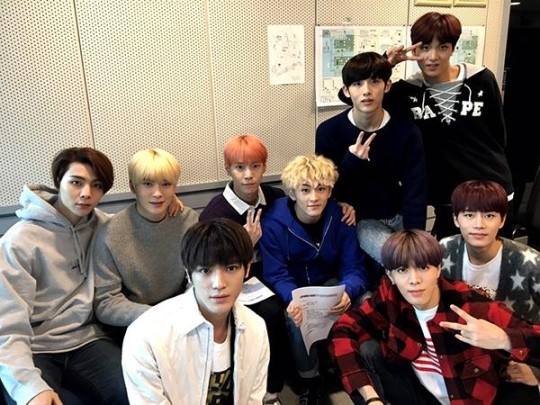 NCT 127 showed their respect for their senior colleagues at SM Entertainment.

On January 11, NCT 127 made an appearance on radio channel SBS Power FM’s “Kim Chang Ryul’s Old School.” After chatting about various subjects like Yuta’s improving Korean, the topic of role models came up, and they named Kangta, TVXQ, SHINee, and EXO as the SM artists they looked up to.

All of the NCT 127 members agreed that TVXQ puts on outstanding performances, and they also mentioned that they received a lot of good advice from TVXQ members. Mark specifically commented about TVXQ’s Yunho, saying, “He’s not only amazing on stage, but his attitude as a person is also very respectable.”

Regarding SHINee, Taeil revealed that they were the only idol group he ever liked despite his lack of interest in idol groups. Haechan also mentioned that he was a fan of Michael Jackson and Taemin from SHINee, and Kim Chang Ryul pointed out the resemblance between the two.

It looks like SM artists are showering their junior colleagues NCT 127 with lots of love!