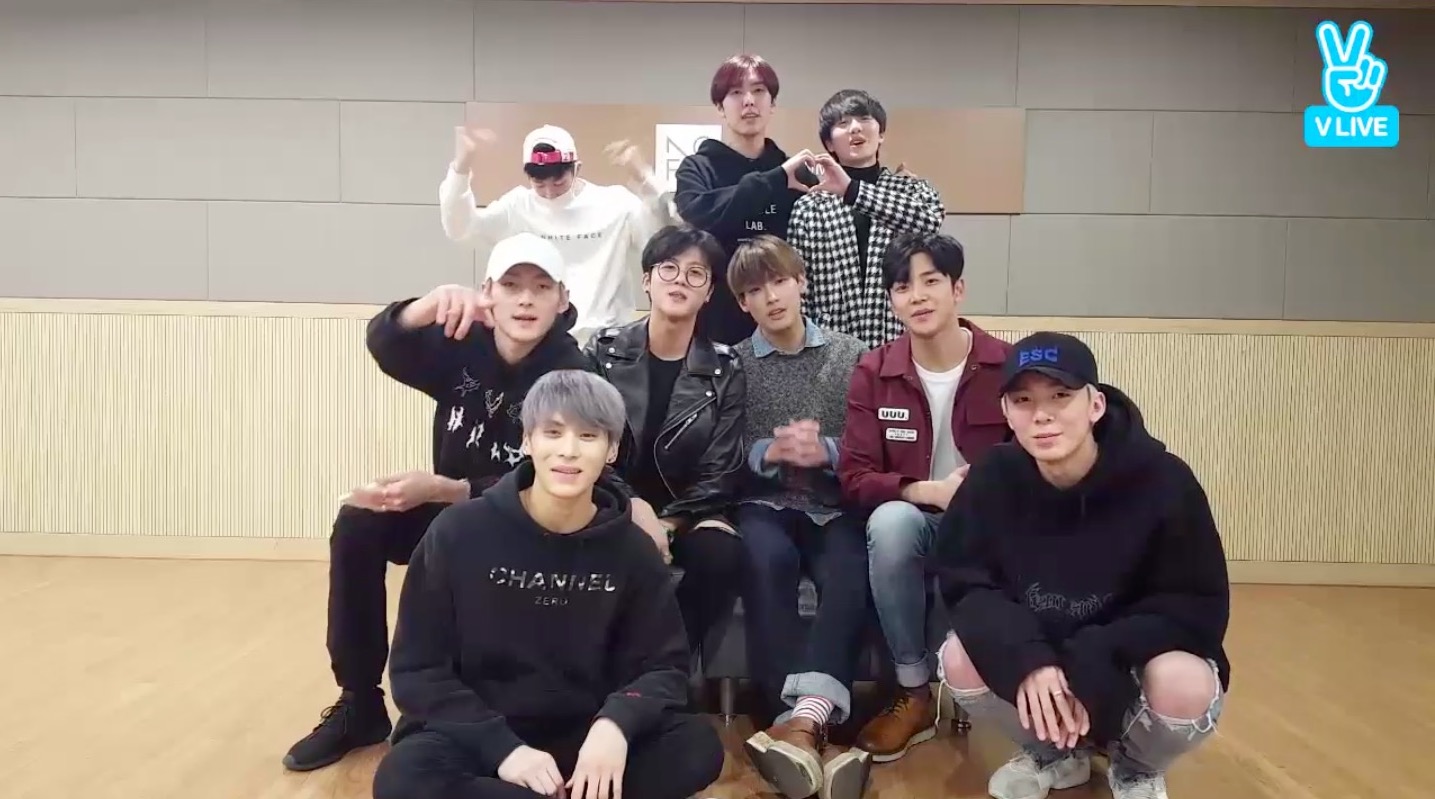 SF9 celebrated their 100th day since their debut with fans through V Live on January 12, and announced their official fan club name!

January 12 is the 100th day since the nine-member FNC Entertainment dance group made their debut with “Fanfare.” That evening, the group held a V Live broadcast to chat with their fans and celebrate the big day, before announcing that they would be revealing the result of their fan poll to pick SF9’s fan club name.

The guys shared that SF9’s official fan club name is “Fantasy”! The placard that they revealed to fans during the show explains that fantasies are the fulfilment of one’s hopes in your imagination, and that SF9’s fans will be part of the fulfillment of their hopes. In turn, SF9 will be part of a beautiful fantasy for fans. It adds that they hope that all the happy moments that SF9 and fans share together will never be forgotten. 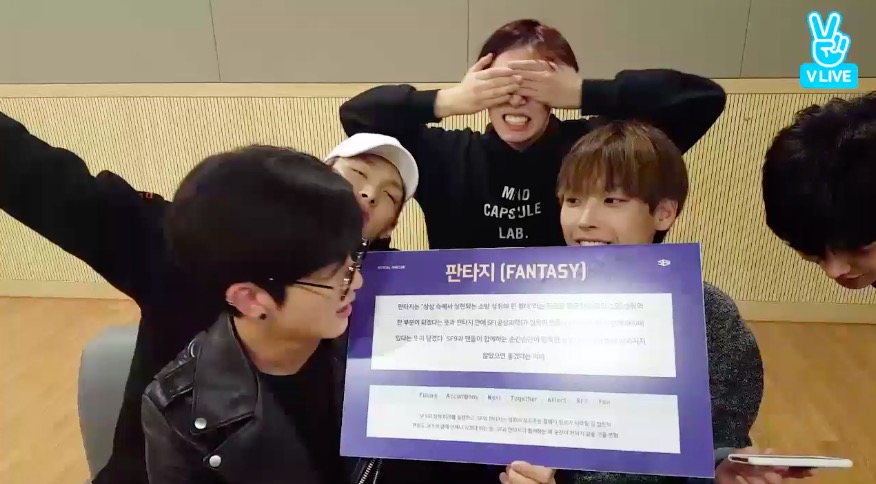 The word “Fantasy” also stands for “Future : Accompany : Next : Together : Affect : SF9 : You.” After they announced the name, the guys showed how excited they were about it by making up acrostic poems using the syllables of “Fantasy,” which seemed to make them more and more hyper with each poem. 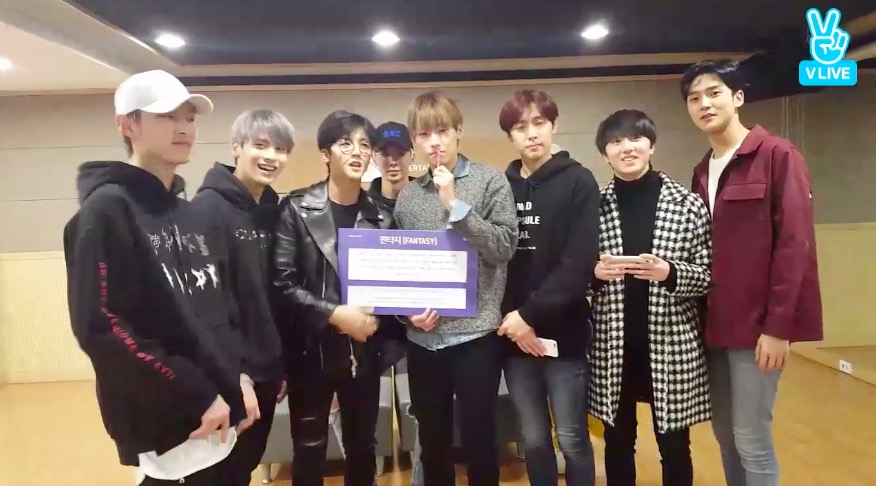 SF9 also celebrated reaching 10,000 fans on their official fan cafe during the broadcast. Congratulations to SF9!

What do you think of SF9’s new fan club name?