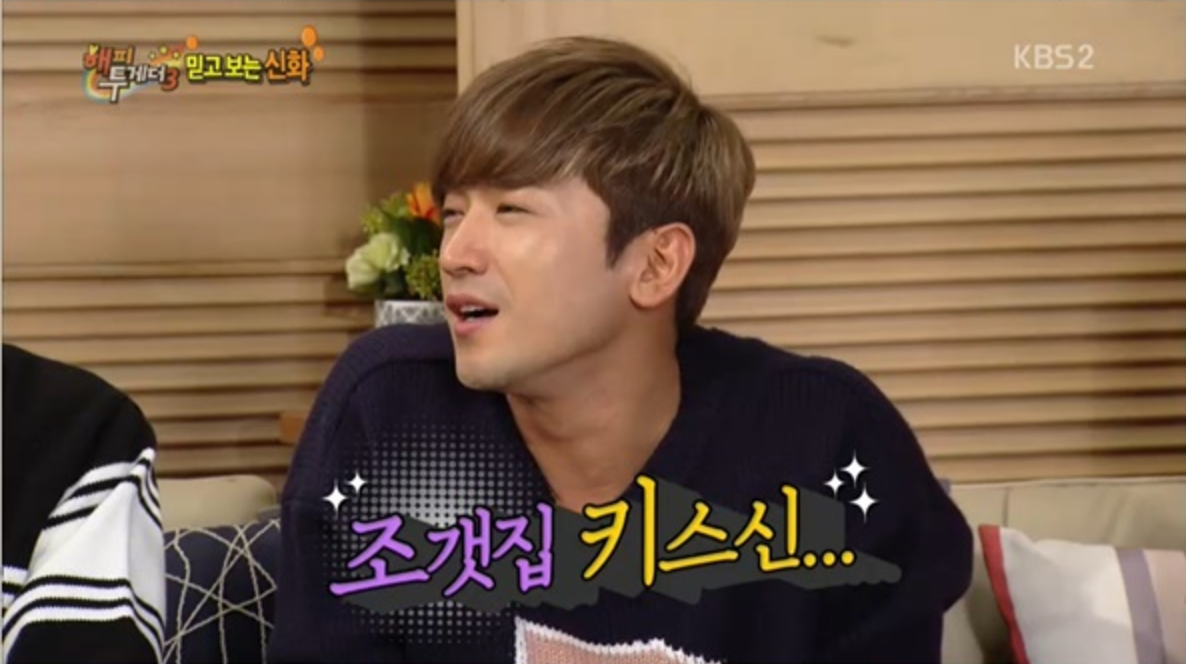 Shinhwa’s Lee Min Woo revealed what one of Eric’s kiss scenes in “Another Oh Hae Young” made him do.

Shinhwa made a guest appearance on KBS 2TV’s “Happy Together” on January 12 and Eric’s most recent drama “Another Oh Hae Young” came up during the conversation. 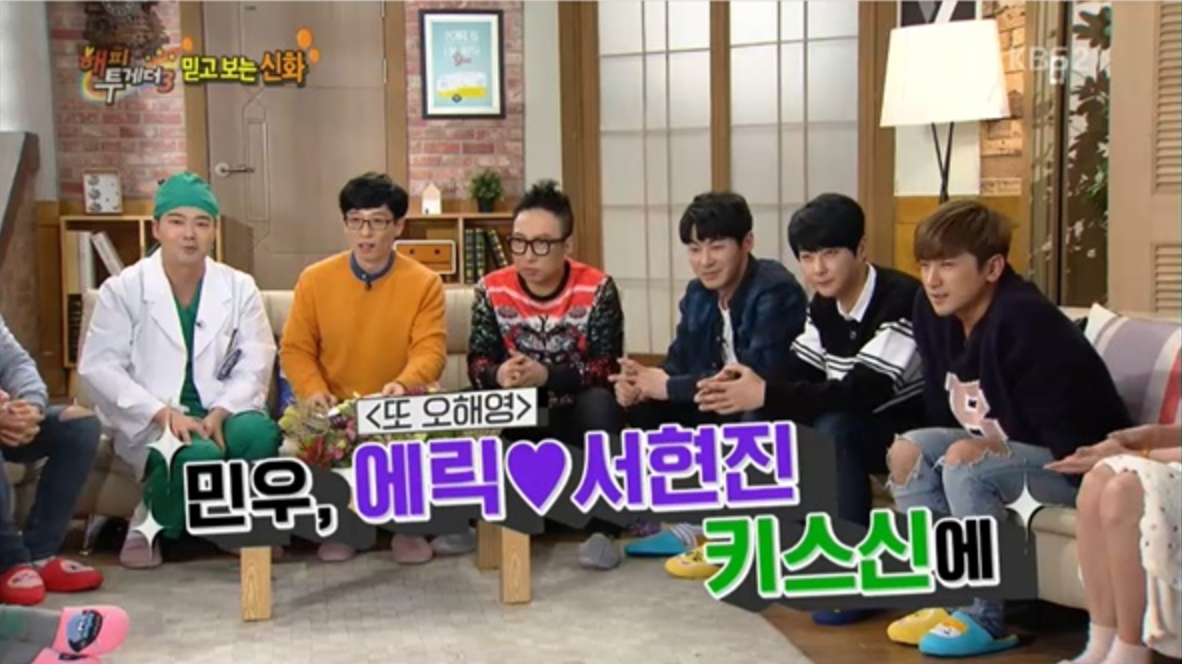 The members revealed that they poked fun at Eric because they felt his character was very cheesy. Lee Min Woo added, “I was okay with the kiss scene against a wall. But when I saw them [Eric and Seo Hyun Jin] kissing at a grilled clam restaurant, I threw the banana I was eating against a wall. When has anyone ever felt like kissing while eating clams?”

The MCs asked Lee Min Woo where he would want to share a kiss with someone and he stated, “I want to try kissing someone while skydiving.” Jun Jin chimed in and said, “I want to be wrestling someone and when I get them in a headlock, I’d naturally lean down and give them a kiss.” 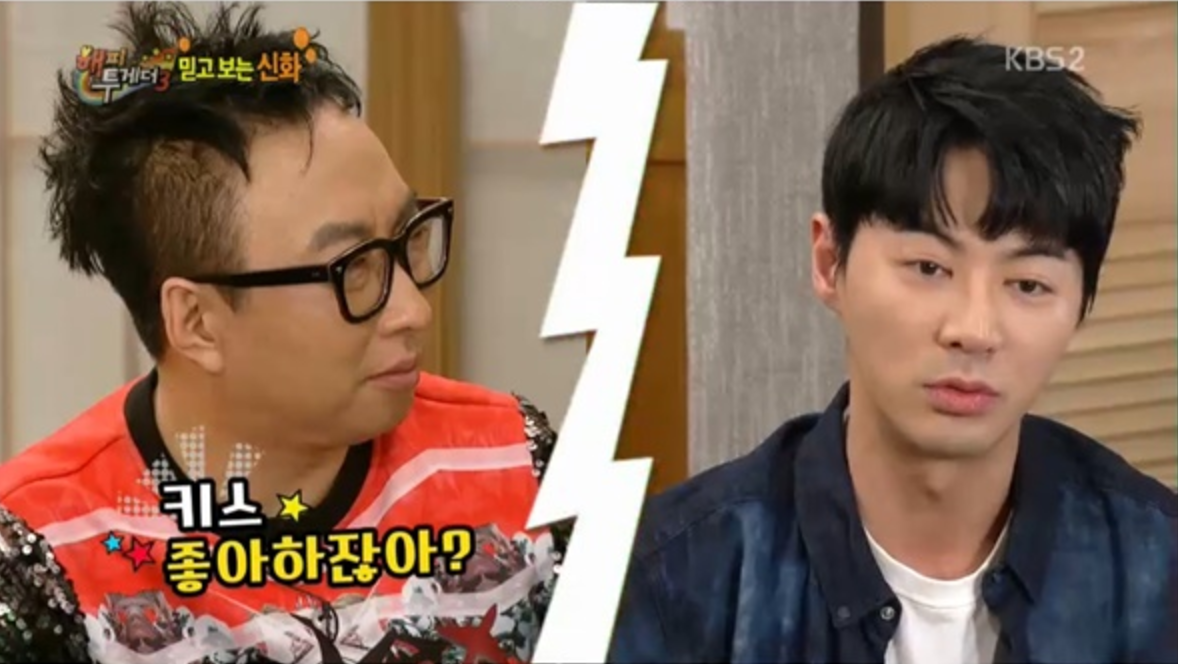 Eric had a more romantic answer as he said, “I want to do it in a supermarket. It would be cute to sit my partner on our shopping chart and share a kiss together,” and “In the drama, I shot a kiss scene in a field of barley, and that makes me want to try kissing someone in a green tea field. I think it would smell really nice.”

Eric
Happy Together
Shinhwa
Lee Min Woo
Another Oh Hae Young
How does this article make you feel?